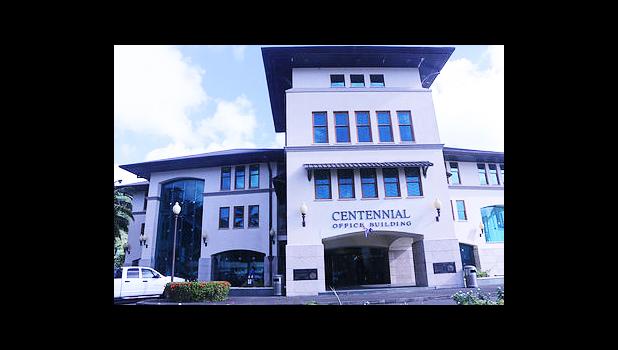 This is according to a senior ASG official, who provided the unsolicited input, after Samoa News published Wednesday a Letter to the Editor, authored by Larry Sanitoa, in support of rejecting an Administration bill, which seeks to raise the Retirement Fund local investment rate from 17.5% to 35%.

Sanitoa, one of the 8 candidates vying for two Tualauta seats in the local House of Representatives race, noted that while the Retirement fund is regulated locally, it is governed at the federal level though the ERISA, in which 10% is a set standard for loans of asset funds at cost to the sponsor.

However, the ASG senior official notes in an email message to Samoa News on Wednesday night that the federal law — referenced in Sanitoa’s letter — specifically states that provisions of ERISA “shall not apply to any employee benefit plan if such a plan is a governmental plan.”

When asked for comments, Sanitoa told Samoa News yesterday that the “framework on how the Retirement Fund was created and established was based on ERISA set standards — hence the 10% cap from the inception of the Plan.”

“Congress intentions then were to place a cap on the loans to protect the plan in the event the sponsor is unable to repay the loan,” he pointed out. However, he said, ASG and its pension plan “is partially exempt from the ERSIA”.

Additionally, “The issue is the prudent fiduciary investment of funds that do not belong to ASG,” he declared. “In reality, these funds should be protected from ASG yet ASG treats the funds as if it's their own money.”

According to Cornell Legal Information Institute website: 29 U.S.C 1003 applies to any employee benefit plan — or pension plan — and subchapter (b) provides for “Exceptions for Certain Plans”, with provision (1) saying that such a plan is exempted if, it’s “a government plan” — which is defined under 29 U.S.C 1002(32) as: a plan established or maintained for its employees by the Government of the United States, by the government of any State or political subdivision thereof, or by any agency or instrumentality of any of the foregoing. (Online: law.cornell.edu for specific details)