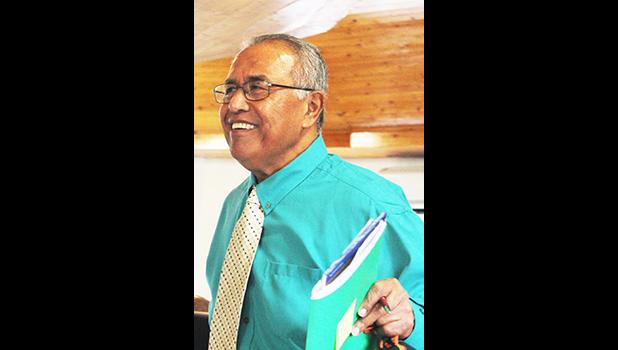 Pago Pago, AMERICAN SAMOA — In a press release issued May 7, the American Samoa Economic Development Authority (ASEDA) signals that due to current conditions in the global financial markets, ASEDA is considering refinancing or refunding portions of the 2015 bonds (Series B & C) to reduce the interest rates and annual debt payments.

According to the release, financial markets have seen large decreases in bond rates since the pandemic and that ASEDA is preparing to enter the market when and if conditions are right to refinance these bonds.

ASEDA says it will use the reduction in debt service payments to add new debt to complete the funding of the Fono building including the addition of office space for all Fono members, fund a new court building to replacing the aging high court building, and fund a study to relocate the adult and youth correction facilities.

Debt service will remain at the same level into the future after the refunding/refinance and adding new debt for the projects described.

The release states that:

A notice has been issued in Samoa News and on KVZK, which describes the parameters under which the bonds may be issued. Refinancing bonds will only be issued and approved by ASEDA leadership when market conditions are right.

“ASEDA and ASG take the responsibility to use the people’s money very seriously and will take actions necessary to use bonds cautiously to increase the wellbeing of all on island.”

The release reminds that ASEDA is governed by Title 11, Chapter 19 as amended by the Fono in 2015 which, among other things, authorizes the ASEDA board to issue bonds without further authority from the Fono so long as the average debt service is never higher than 25% of pledged revenues.

The mission of the American Samoa Economic Development Authority (ASEDA) is to positively shape the economic future of the territory. This is primarily accomplished through funding key infrastructure and initiatives.

For example, in 2015 and 2016 ASEDA issued three series of bonds that, among other things, funded the Territorial Bank of American Samoa, reliable transportation to neighboring islands, critical capital projects at the LBJ Hospital, Solar Projects on the Manu'a Islands, preliminary design for the New Fono Building and refinanced outstanding debt obligations at a lower interest rate.

In 2015, ASEDA was also instrumental in authoring a corrective action plan for the government, known as the Honolulu Plan, which has eliminated the negative fund balance in the general fund (from negative $14m to positive $18m) and substantially improved audit findings. ASEDA continues to provide this leadership to improve the economic and fiscal health of the territory and its people.

In 2018, ASEDA issued bonds to drastically improve the internet capacity of the territory through Hawaiki-ASTCA which is beginning to create another economic pillar for the territory. These bonds also funded the ongoing construction of the new Fono Building.

The ASEDA board comprises nine members including two board members from the Fono and 7 from the executive branch. This ensures that both the legislative and executive branch are represented in the important decisions made by ASEDA.