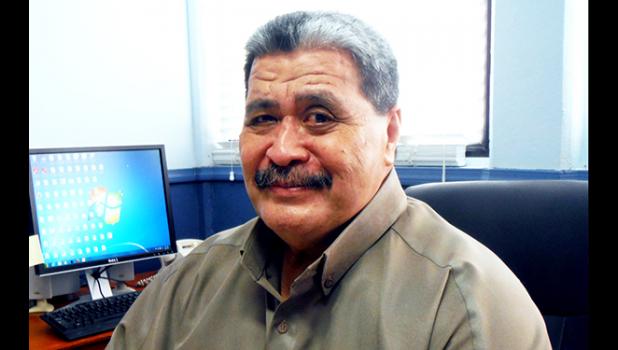 On Friday, October 28, Dr. Seth Galea’i, President of the American Samoa Community College (ASCC), sent out two memos to the College’s administration, faculty and staff. The first was a heartfelt message announcing his retirement after eight years as President in order to address medical issues, and the second confirmed that current Vice President of Academic and Student Affairs Dr. Rosevonne Makaiwi-Pato would henceforth serve as Acting President until the Board of Higher Education selects a permanent leader of ASCC.

“I have learned that one of the signs of an effective leader is to recognize and acquiesce to elements beyond my control,” wrote Dr. Galea’i. “Currently, medical setbacks have inhibited my active and full participation in the daily operations of ASCC, and at this point in time must be addressed. I apologize for any inconvenience that my departure may cause, but I trust that great care has been put forth to ensure a smooth transition.”

Dr. Galea’i expressed pride in the level of professionalism among his staff, and confidence in their ability to continue pursuing the College’s mission. “Although an educator by profession, I too have also learned and developed a great deal as your President,” he wrote. “I leave ASCC with confidence in your ability to forge ahead towards the common goal of developing lifelong learners. I am assured that each of you brings invaluable expertise to uphold ASCC’s mission and will no doubt exercise a passion for the advancement of quality education within the Territory.”

“It is truly an honor for me to officially confirm the appointment of Dr. Makaiwi-Pato as Acting President, until the Board’s confirmation,” he wrote. “This honor is the result of her exemplary service to ASCC for fifteen years.”

Dr. Makaiwi-Pato spent many years as a mainstay in the ASCC Student Services Department, Health and Human Services Program, Bachelor’s in Education Program, and Director of the Office of Institutional Effectiveness before serving as Vice President of Administration Services and then Vice President of Academic and Student Affairs.

Dr. Galea’i has served as a professional educator in American Samoa for over 35 years. He began work locally for the Government of American Samoa in the field of Education in 1978, before coming to ASCC in 1990. Beginning at the College as Director of Teacher Education, he later served as Dean of Instruction beginning in 1999, and Vice President beginning in 2004 before being appointed by the Board of Higher Education as President in 2008.

Although Dr. Galea’i made the official announcement of his retirement on Friday, on the previous day the ASCC administration and many of the employees who had worked closely with him held a farewell luncheon in his honor.