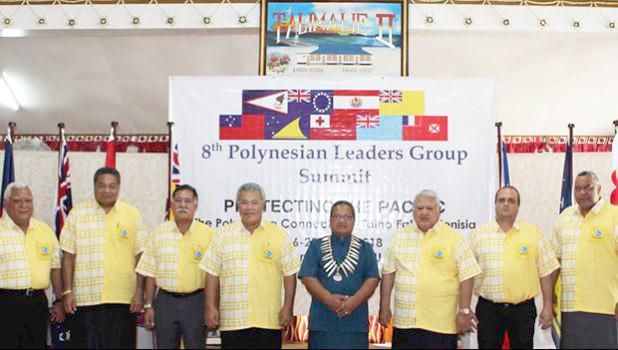 Pago Pago, AMERICAN SAMOA — The Polynesian Leaders Group (PLG) Summit will be hosted on Jan. 28, 2020 by American Samoa, the new chair of the regional group, and among the issues expected to be discussed is the new Manatua undersea fiber optic cable.

When asked for details, the governor’s executive assistant, Iulogologo Joseph Pereira referred Samoa News inquiries to the governor’s chief of staff, Fiu J. Saelua, who is heading the preparations for the PLG Summit to be held in the territory Jan. 28-29, 2020. There was no immediate response from Fiu.

In the ATA News broadcast, Tuilaepa mentioned the PLG meeting, when he was speaking about the importance of the new Manatua undersea fiber optic cable (Manatua cable), which officially landed in Samoa on Monday this week (Sunday in American Samoa) in Moata’a village.

Tuilaepa explained that other Polynesian countries and islands — such as Tonga and Tuvalu — are interested in joining this important economic development with Manatua cable, as well as some Melanesian nations, which have inquired about it.

He said Manatua cable is expected to be discussed during the PLG Summit in American Samoa, which is also the new chair of the PLG.

An ASG delegation attended the Tuvalu meeting. And, at that time, American Samoa offered to host the 2020 summit.