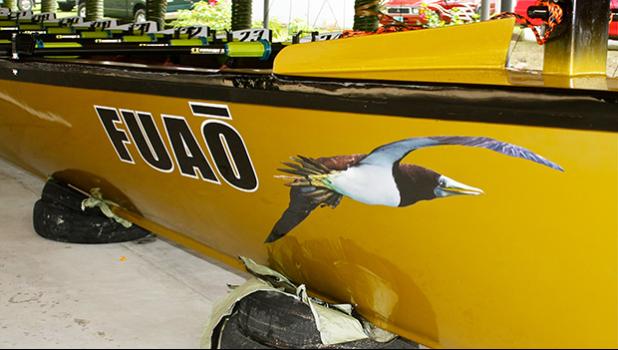 Pago Pago, AMERICAN SAMOA — Before dawn in American Samoa winds are starting to die down and the rain is expected to diminish to occasional showers as the territory gathers at Veterans Memorial Stadium to celebrate Flag Day 2018.

A full slate of events are on tap starting with the Flag Raising, Parade in Review and speeches from the Governor and other dignitaries.

The highlights of the day will be the siva & pese and the awards ceremony for the sporting events — including yesterday’s fautasi race — with the winner Vatia’s Fuao.

Maselino said he studied boat building in Apia when engineers from Norway opened a program to teach anyone in Apia about how to become a boat builder in the mid 1970s.

Maselino, who was 39 at the time, had a passion for learning, decided to take on this program of boat building for 5 years. Boat builders make and repair sailing, fishing, pleasure and motorboats. They also design vessels and assist naval architects with the design of vessels. The result was it became something he wanted to do for a living.

When Maselino finished his studies, his specific goal was to make fautasi boats, and that goal was achieved many times. He started off by making boats in Samoa and then later came to Tutuila, which is where he made his first boat on island — the first Paepaeulupo’o.

“When I studied boat building, it was a course that opens to making lots of different kinds of boat, but my main focus was to make fautasi boats. That is something I enjoyed and I know our country enjoyed too,” Maselino said.

In the old days the long boat, designed to be rowed by a large number of oarsmen, was a means of transportation among the islands; they could go very fast and carry people and cargo significant distances across the open ocean.

Nowadays fautasi are purely racing boats – long, narrow (the rowers sit two abreast) and amazingly fly across the water, powered by not only rowers pulling in unison, but also because of the materials and design of the fautasi, with of course a skipper’s know-how.

Maselino, who is now over 60 years old, told Samoa News in making a fautasi boat, it usually takes him about 3 months to work on it, and he has three major points when making a boat — to make sure it’s great in steering and rowing in both rough and calm waters.

“I like to keep the same technique that was taught to me more than 20 years ago; men back then made the boat heavy and found it to be much faster and stronger on the water. Nowadays new materials have been introduced — like for the high tech boats,” he said.

Both the Fuao and Paepaeulupo’o are considered the latest in high tech boats, due to the use of new materials. For example, the use of a fiberglass body is said to make the boat lighter, allowing for greater speed. However, there is a debate as to whether or not this makes fautasi unsafe in rough waters, causing it more likely to capsize than the heavier wooden ones.

Samoanews.com will be updating information and photos all day today during American Samoa Flag Day 2018.  Visit us here and on our Facebook page — samoa news american samoa.