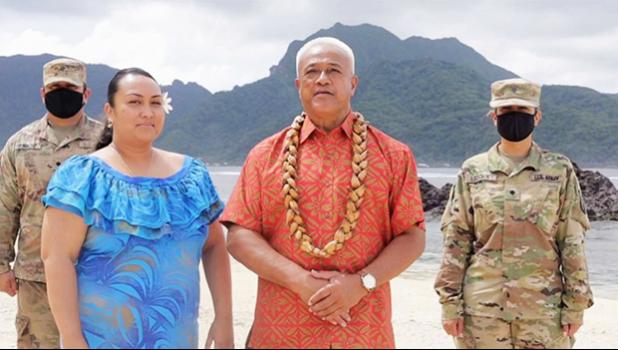 ABC News is reporting that U.S. soldiers appearing in uniform from American Samoa during the roll call at the Democratic National Convention was an ‘oversight’, according to a convention official.  The scene raised eyebrows because U.S. military personnel are not supposed to participate in political events while in uniform. A Pentagon spokesman reaffirmed that policy on Wednesday in response to an ABC News question about the incident. Samoa News will update this story as more information becomes available. [screenshot from DNC video]