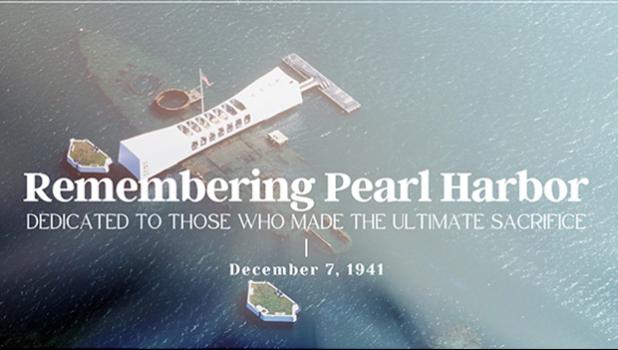 She released the following statement:

“Pearl Harbor will always be one of the most important events in history, bringing the United States into World War II, and strategically failing to destroy the absent U.S. aircraft carriers. In that Sunday morning air raid, 2,403 U.S. Sailors, Soldiers, Marines and civilians were killed, and many more injured.

“One of our own from American Samoa, my father Uifa’atali Peter T. Coleman, was a young man serving in the U.S. Army that day, stationed in Oahu. He survived when his jeep was strafed in the attack, and went on to become the only Samoan in the Army Infantry Hall of Fame.

“Our people can take pride in having built a deep tradition of military service for generations. Thank you to all who serve, and our many military families.

“Every December, even as we start thinking more of the upcoming holidays, we should pause on Pearl Harbor Day to be grateful to those often called ‘the greatest generation’ for the service and sacrifice necessary to secure freedom for millions of us. American Samoa had a role in the Pacific theater of the war, and we can be thankful Tutuila only came under fire once.

“Much has changed in the last 80 years. Japan is a dependable friend and partner, and we are blessed with a Pacific region at peace as we commemorate this Pearl Harbor Day.”