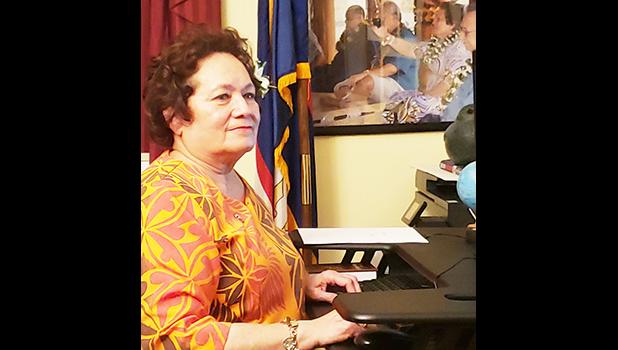 Washington, D.C. — Tuesday, Congresswoman Uifaatali Amata welcomed the signing into law of the Malala Act, which she cosponsored. Passed at the end of the 116th Congress, the bipartisan Malala Yousafzai Scholarship Act, H.R. 4508 promotes much-needed access to higher education for girls in Pakistan.

The Malala Act is named for Malala Yousafzai, now 22, who at age 15 was shot by the Taliban for pursuing her education. These events inspired the book “I Am Malala,” and have become a worldwide inspiration in the cause of access to education for women and girls.

This bill has been bipartisan from the start, introduced by Rep. Hakeem Jeffries (D-NY) and Rep. Ann Wagner (R-MO), with an earlier effort championed by former Rep. Ileana Ros-Lehtinen (R-FL). The Act, signed last week, directs the U.S. Agency for International Development (USAID) to issue at least half of its scholarships for higher education in Pakistan under the Merit and Needs-Based Scholarship Program to women.

“This scholarship will change the lives of some women and girls in Pakistan,” said Congresswoman Amata. “The Malala Act honors Malala’s story, and supports an important cause.”

On October 9, 2012, Malala was on the way home when the Taliban ambushed her bus and shot her in the head. Amazingly, she survived, heroically continued to speak out, and now advocates for education.

Millions of adult women across the globe struggle with literacy as a result of missing out on even basic educational opportunities. In Pakistan, only one in three primary school age girls are in school. The rate of higher education enrollment beyond primary and secondary school falls sharply to only 9 percent for girls in Pakistan. In comparison, the global average rate of higher education enrollment is 40 percent for girls.

USAID’s Merit and Needs-Based Scholarship Program funds tuition and help for housing, textbooks and food for financially strained Pakistani youth to complete a bachelor’s or master’s degree. The Malala Yousafzai Scholarship Act will ensure at least half of those scholarships go to women and girls in Pakistan.