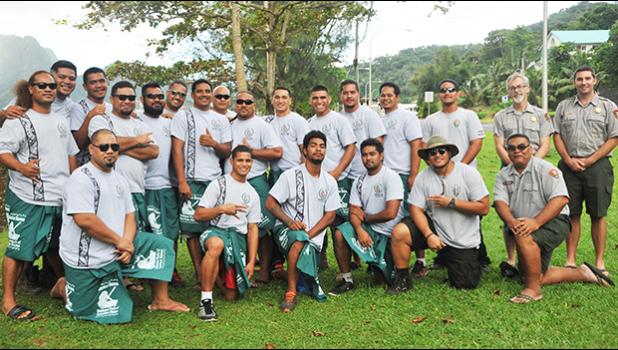 “In recent years, firefighters from American Samoa have traveled more than once to join the fight against major fires in the western United States, including this August, and I was pleased to commend their efforts before other Members of Congress,” said Amata. “This year, millions of acres of forest have been lost, but studying this year’s wildfires and response efforts can yield valuable information to prepare for future disaster responses.”

The hearing, titled “Exploring Solutions to Reduce Risks of Catastrophic Wildfire and Improve Resiliency of National Forests”, explored the possible reasons behind the severity of the damage this year, then examined possible ways to improve the response and reduce the risk.

The Modoc National Forest and the California Bureau of Land Management posted pictures of American Samoan firefighter teams on their sites.

The Congresswoman’s full prepared remarks to the Subcommittee on Oversight and Investigations is below:

Thank you, Mr. Chairman for holding this oversight hearing to explore solutions to reduce the risks of wildfires.

You know Mr. Chairman – as we all do – when the fire bell rings, there are no politics among the response of our brave men and women in the firefighting corps.

The firefighting family is a very close knit group extending throughout the United States and all its territories, including a small place where I come from, American Samoa.

Firefighters from American Samoa based in the National Park of American Samoa just this past August recently fought side by side with their fellow fire fighters in Modoc National Forest in Alturas, California and Sheehy Memorial Fitness Park in Redding, California last year.

The Samoan firefighting crew responded to the call to help their fellow firefighters in multiple instances in California and Nevada over the past several years.

There is a long and proud tradition of courage in both Samoan and firefighting culture and I commend all the firefighters in the States and Territories for putting themselves in harm’s way in order to protect the natural beauty of all of our Parks for the recreation and enjoyment of everyone.

Thank you, Mr. Chairman for your leadership.