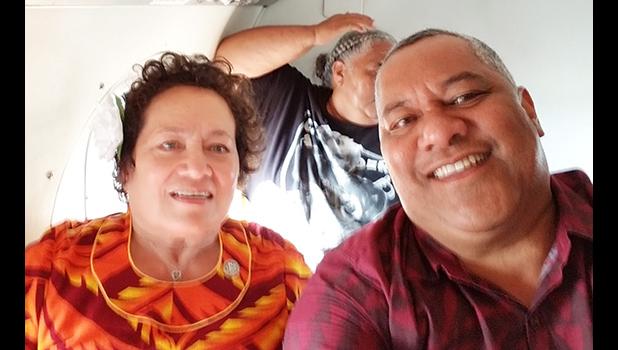 Washington, D.C. — Congresswoman Aumua Amata welcomed House passage of legislation that includes her cabotage provision to promote reliable air service in American Samoa. This solution has passed the House before, but not yet in the Senate; however, this time the provision is included in a major bill to reauthorize the Federal Aviation Administration (FAA) which passed the House by a vote of 393-13, and the U.S. Senate will also need to act to authorize the FAA.

“I’m encouraged to see this provision in a major FAA bill as we continue to work for Senate approval of this priority for American Samoa,” said Aumua Amata. “Our people in American Samoa rely on air service between the islands of Tutuila and Manu'a from carriers that are not based in the U.S. or American Samoa, and this solution would streamline the permit process to ensure that air service isn’t unnecessarily interrupted.”

Congresswoman Amata’s measure has the full bipartisan support of her colleagues in the House, and initially passed the House by unanimous consent last year. Specifically, Amata’s provision changes the requirement of foreign carriers who service the routes between Tutuila and Manu'a to reduce unnecessarily burdensome paperwork. Currently, the carrier must apply for waivers every 30 days, but the legislation reduces that application requirement to every six months.

“I’m optimistic that the importance of FAA authorization gives this provision a potential path to passage in the U.S. Senate,” continued Congresswoman Amata. “This change could help hold down travel costs, or perhaps even lead to more future options for travel from island to island.”

Congresswoman Amata’s initial legislative solution was a bipartisan bill, H.R. 276, that was readily passed by the House of Representatives early last year. Since then, that same objective earned the backing of Senator Orrin Hatch, who introduced a companion bill, S. 2348. Friday’s House passage of the FAA authorization contains the same provision, but creates another path forward to potentially becoming law. Each of these various legislative avenues would amend Title 49, United States Code, so that American Samoa can count on air service between islands.