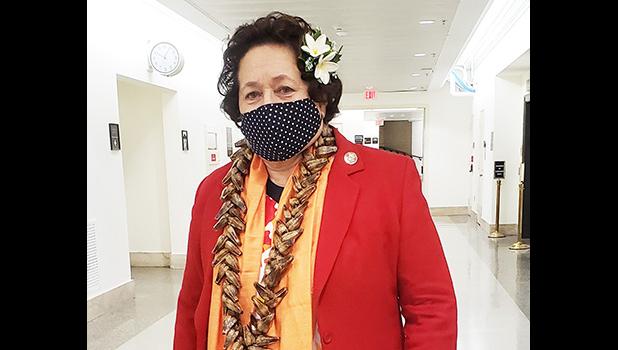 “I’ve been to a number of inaugurations, and each one is memorable because the beginning of a new presidency is a part of history,” said Congresswoman Amata. “We all desire the very best for the nation, and have much in common. We want a stable and strong nation and a peaceful world. Congratulations to President Biden and Vice President Harris on this historic occasion, and thank you for their service to President Trump and Vice President Pence.”

The appearance of the inauguration this year was much different, with a large National Guard presence and far fewer people, due to security. President Biden has proposed another round of $1.9 trillion in stimulus and economic relief, which will be considered in Congress.

“The first focus should be continuing to get all the needed vaccines everywhere they need to go, making sure everyone who wants that vaccine can get one,” she continued. “I’ve had the vaccine, and had no problems, so I would encourage people to talk to their doctor when it’s their turn.”

“I will continue to work with my colleagues in Congress, the Biden administration and Governor Lemanu’s administration on matters that are important to American Samoa,” Amata concluded. “I am looking for sensible legislation, and not if someone has an R or a D behind their name. The reality is that Congress is as closely divided as it’s been in many years, so finding bipartisan solutions and working together are the way forward for everyone who wants to see things get done.”