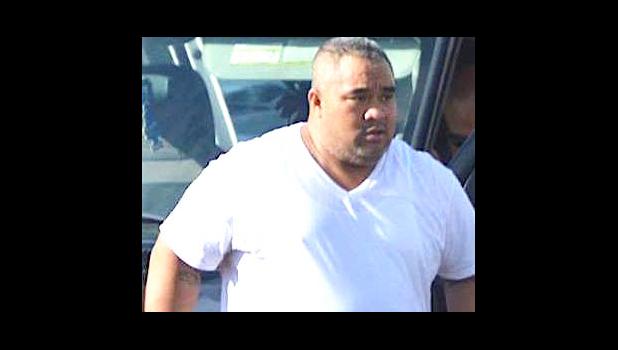 Lead investigator says Alo informed him of his struggle with meth addiction
By
Ausage Fausia
ausage@samoanews.com

Pago Pago, AMERICAN SAMOA — An 18-year-old boy in the government’s case against former DPS police officer Okesene Alo told jurors this week that the meth he ingested — which resulted in him testing positive for drugs — was from inside Alo’s backpack which was inside the Juvenile Detention Center (JDC).

The 18-year-old, a detainee at the JDC in 2016 when the alleged incident occurred, took the stand yesterday during Day 2 of Alo's jury trial.

Altogether, the government called 4 witnesses to the stand yesterday — 3 cops and the 18-year-old.

The government’s first witness was a police officer who was assigned to the JDC during the time of the alleged incident but is now working at the Fagaitua Sub-Station. In his testimony, the cop told jurors that there are standing policies and procedures to guide police officers while performing their duty at the JDC.

Accordingly, he said, no officer is allowed to leave the JDC until they are properly relieved.

The second witness was the 18-year-old male who testified that he did not graduate from high school because he was held at the JDC for 2 years for underage drinking, public peace disturbance, and also first-degree burglary.

While detained at JDC, the witness recalled a time when he was investigated by police officers for using methamphetamine. At one time, he said, he tested positive for meth.

“Where did you get the meth that you tested positive for?” Deputy Attorney General Lornalei Meredith asked the witness, who responded, “It was from a police officer.”

“Who was that police officer?” Meredith asked. The witness replied, “It was Okesene Alo.”

“Did he give it to you directly?” Meredith asked. The witness said yes.

“Before Alo gave you drugs, had you seen drugs before?” Meredith continued. The witness said yes.

“While you were at the JDC, did Alo give you drugs before you tested positive?" Meredith asked. The witness said yes, adding that Alo never gave him beer or food, neither did he take him outside of the JDC. He said he never saw Alo taking any food from the JDC or taking any juveniles outside of the JDC compound.

During cross-examination, the defense attorney asked, “Do you remember what you told police about where you got the drugs?” The witness replied no.

“Do you remember telling police officers that you found a straw with ice inside while sweeping the JDC?” deSaulles asked. The witness answered negatively.

“Do you remember telling police that you removed 3 straws with ice inside from Alo’s backpack?” the defense attorney continued. The witness said, “No, I do not recall.”

“Did you ever take 3 straws with ice inside from Alo’s backpack?” asked deSaulles. The witness replied, “That is correct.”

According to the witness testimony, he doesn’t recall the exact time he tested positive for meth, nor does he remember the date he removed 3 straws containing ice from inside Alo’s bag.

He said he doesn’t remember changing his story to police, adding that he only took one straw containing ice from Alo’s bag.

The witness told jurors that another police officer at the JDC by the name of Wilson gave him drugs. When the defense attorney asked the witness what type of drug Wilson gave him, he replied, “It was ice.”

Former police officer Olafou Wilson is one of the co-defendants in Alo’s case, and he has already pled guilty to unlawful possession of methamphetamine and stealing — both felonies.

“Do you remember telling Mrs. [Mara] Brown that Wilson gave you drugs?” deSaulles asked. The witness responded, “No, I do not recall that.”

“Do you remember crying and talking to Alo on the day you tested positive for meth?” deSaulles asked. The witness said no.

“Did you tell Alo that day, while crying, that you're sorry for making up stories to police?” the defense attorney asked. Kruse immediately interfered and called both attorneys to the bench for a brief discussion, before the cross-examination continued.

deSaulles asked the witness if he ever met with anybody from the government before he came to court to testify. The witness said yes, it was the two attorneys who are representing the government in Alo’s case: Meredith and Dunn. He said their meeting last week lasted an hour.

“Can you tell the jury what was discussed in that meeting?” deSaulles wanted to know. The government immediately objected, saying the question is irrelevant. Kruse agreed and the question was not allowed.

The defense attorney changed directions and asked the witness if he's ever seen Alo smoke ice. The witness replied affirmatively.

“How many times did you see Alo smoking ice?” deSaulles asked. The witness responded, “About many times.”

Paselio told jurors he was the one who drug tested the juvenile who was under suspicion for smoking meth. The results were positive. Paselio went on to say that according to the juvenile, he got the drugs from a bag belonging to Alo, who was the Watch Commander for the night shift.

During cross-examination, Paselio said the juvenile kept changing his story. At first, he told him he found the drugs while sweeping the JDC floor; but later on, he changed his story and said he got the drugs from Alo’s bag.

When the defense attorney asked Paselio if he found the juvenile’s story inconsistent, the detective said yes.

Det. Amituana’i testified that during the course of his investigation, he interviewed several juveniles at the JDC along with police officers including Wilson; Alofagia Letuli and Utuga Samaauga, all co-defendants in Alo’s case.

His investigation was launched after he was assigned the case by then DPS Commissioner Save Liuato Tuitele, based on a letter from JDC leader, Mara Brown.

Amituana’i said that when he interviewed Alo, the former cop denied using meth. However, Amituana'i added, Alo told him that he’s struggling with his addiction to meth.