After search called off, families of lost remain strong in their faith 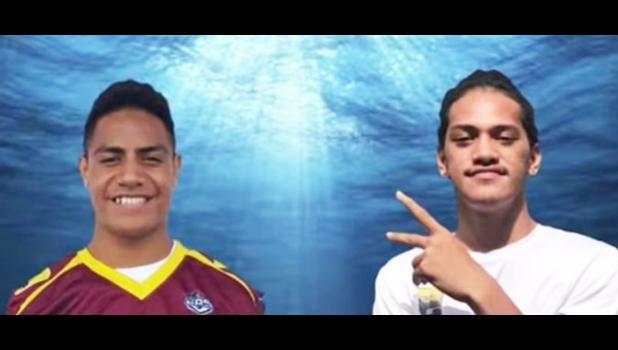 Pago Pago, AMERICAN SAMOA — Family members of two boys swept out to sea seven days ago remain strong in their faith despite the official search being called off.

Alex Peric and Anthony Leota were attending a church picnic at the Utumea West side beach last Saturday when they were swept out to sea by strong currents during high tide at about 4pm.

Taofegauiai Peric is a mother of six boys and two girls and Alex is the youngest boy and second youngest of her children.

The official 72 hour search window by the American Samoa authorities ended nightfall on Tues 20th August but Mrs Peric asks the public who have offered messages of love and support to stay strong with her as she remains steadfast in the Lord.

“Any further attempts to search for the boys is entirely based upon volunteering,”

“But my family and l haven’t given up hope. We still remain steadfast in our faith in the Lord,”

“Where man is limited God is not,” says Alex Peric’s Mom.

“I ask that you be strong with me as we continue to pray, hope & believe that our God will reveal His perfect answer in His perfect timing”.

“I am not giving up,” says Mrs Peric.

“I am still praying, still hoping, still believing, still keeping the faith because God is in control. Join us as we wait upon the Lord. God bless you all,” adds Mrs Peric.

What has been revealed in the past week through messages of shared memories on social media, is a young man matured in his faith in God and his relationship with Jesus Christ.

Alex Peric has recently graduated from Tafuna High school, captain of the High School football team and his FB timeline has been inundated with messages, videos and songs of dedication.

Anthony Leota is the second eldest of 10 children who have been raised by their aunty and uncle since their Mom was taken by the 2009 Tsunami.

Older sister of Anthony Leota, Matasaua Leota-Pefu says the two boys grew up inseparable and are cousins through their moms.

“I cannot discuss the type of person my little brother is without talking about my little cousin Alex because they were always a duo. They grew up together. We call them “Alex and Anthony” the Yin and Yang brothers because of how inseparable they are.”

Anthony Leota’s sister says her brother aspired to follow he older cousins to join the Military.