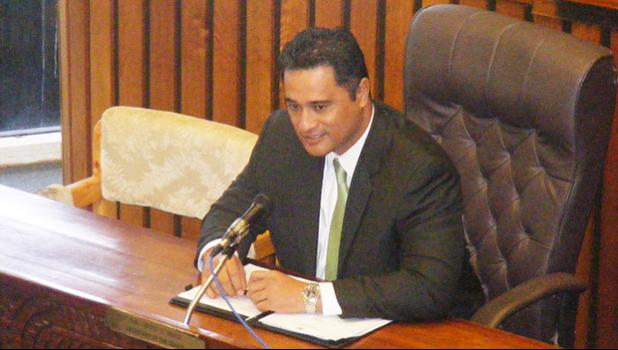 Mandate is for those entering territory — not for those already here
By
Fili Sagapolutele
fili@samoanews.com

The COVID-19 Task Force, chaired by Talauega, announced last month a new monetary incentive from Aug. 30th to Oct. 15th to get all eligible residents vaccinated, by giving out $100 per dose or $200 for both doses of the COVID vaccine.

“This will be the Task Force’s final campaign to get people fully vaccinated and after this date Oct. 15th, the Task Force will follow the CDC (Centers for Disease Control and Prevention) guidelines and the vaccination will be mandated,” Talauega is quoted by Samoa News during a press conference on Aug. 29th.

At last week’s news conference, Talauega was asked about the mandatory vaccination after the Oct. 15th incentive program and if there is a federal or local law that makes it mandatory for the COVID vaccination.

“First of all, there was never a statement that we’re going to mandate this shot after Oct. 15th. The promotion that is going on right now ends on Oct. 15th. And that’s the statement that I made, that after this promotion, this will be our last promotion in terms of enticing people to get their shot. So that’s the message,” he said.

Talauega went on to explain that the US Food and Drug Administration (FDA) has fully approved the Pfizer-BioNTech COVID-19 vaccine — which is available for those 16 and over _  and “once that is done, it authorizes governments to mandate the shots.”

However, “the Governor has resisted mandating anything to our people and we continue to believe that, that should be the case,” he said.  “Give folks the enticement, give them the opportunity to make the decision that is right for them. Obviously, we would prefer that they take the shot, but if they don’t then, that’s a consequence that, that person and us [sic] as a community have to live with.”

He also says that the “idea is, we will be done with promotion after Oct. 15th, hopefully by then, we will be at 80% or 90% [vaccinated] so we would be sitting ok. Then the only threat for us” is incoming travelers.

“Now, we would be in a position to say, ‘you cannot enter American Samoa without a shot because the federal law allows us to mandate that’. So right now people entering [the territory], if they are in the eligible age, they have to have the shot,” he said.

Asked about local residents who don’t take the vaccine for religious beliefs or for medical reasons, Talauega said “our people do have the right to choose and there are folks who have medical conditions who cannot take the shot.”

“And then there’s an entire population of underage children who are unable to take the shots. But that’s the reason why we’re asking people to take the shot so we protect the medical person — the person who can’t take the medicine due to a medical condition and our children (younger than 12) — there’s nothing to protect them,” he said.