Mid-term: One-ballot with 3 items to vote on, one ballot box to put it in 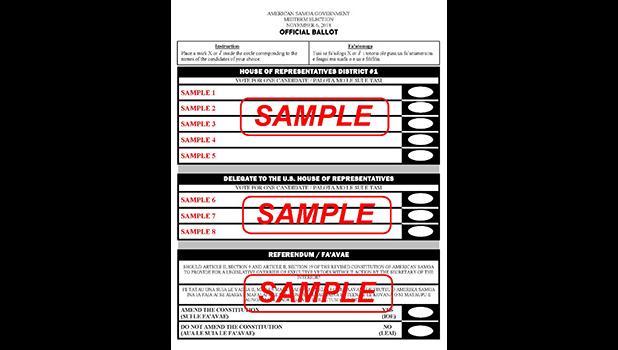 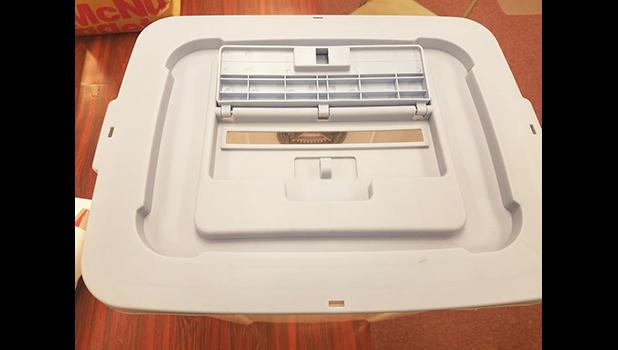 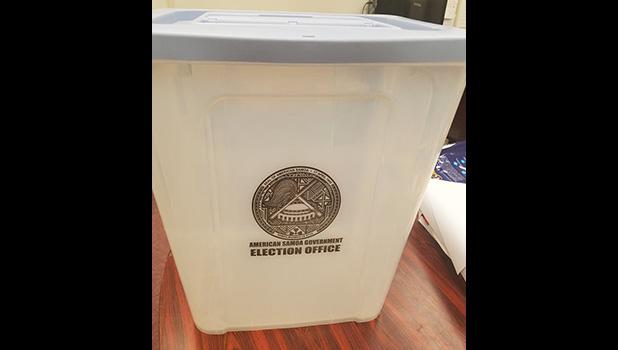 Congressional and the local House of Representatives races, and referendum
By
Fili Sagapolutele
fili@samoanews.com

Pago Pago, AMERICAN SAMOA — Electors casting ballots in the Nov. 6th general election will notice one major change at the polling stations — instead of three ballots, there will be only one ballot given to an elector to vote for the Congressional and the local House of Representatives races, as well as the referendum seeking to amend a provision of the local Constitution.

This is according to Chief Election Officer, Dr. Lealofi Uiagalelei, who also points out another change at the polling station; and that is, a new more-secure ballot container for electors to drop their ballots in, instead of the old-fashioned wooden ballot box.

Uiagalelei also explained the “merging of paper ballots” saying that in past elections, there were three separate ballots designed specifically for candidates running for Governor/Lt. Governor, Delegate to Congress, and Representative to the Fono. Additionally, each ballot also had a designated ballot box to disburse each ballot.

(Samoa News notes that if there is a referendum, as in the past, then there is a fourth paper ballot as well as a ballot box designated for it.)

“The changes of merging all candidates onto one paper ballot were thoroughly discussed and finalized,” he explained. “With these changes, we are able to minimize the workload, save paper, ink, and time.”

“We have eliminated the unnecessary ballot boxes into one box and one paper ballot,” he said.

With these changes, Uiagalelei said the Election Office will also no longer be counting Absentee Ballots, except for Swains Island. He said all Absentee Ballots (local and overseas) will be sorted and distributed into ballot boxes going out to each polling place on the day before election.

(In past elections, Absentee Ballots along with the Swains Island voters are counted separate at the Election Office, where representatives for the candidates along with the media are present.)

“The impact of these changes will be a great advantage not only to our office but the voters of American Samoa,” Uiagalelei said. “These changes are cost efficient and convenient in every aspect. These improvements will make elections easier as we continue to progress and move forward.”

Under the old ballot papers, there would have been three ballots for this year’s election: one each for the Congressional Race, local House election and the referendum, which seeks to amend the local constitution by providing the Legislature the power to override the governor’s veto instead of the US Secretary of Interior — as it stands now.

Uiagalelei has also issued a reminder — voter registration deadline is the close of business on Oct. 9th.  If you did not register to vote, please go to the Election Office and do so. Bring in documents such as birth certificate, government photo ID and a social security card. A final list of registered voters will be available to candidates on Oct. 10th.

The Election Office says it will be open tomorrow, Saturday, and Monday (a local government holiday) from 8a.m. to 12noon for local absentees (those who will be off island on Election Day) and voter registration.

For American Samoa electors who have already registered but serving in the US Armed Forces or attending college off-island, the deadline to request mail-in absentee ballots is 4:30p.m., Oct. 23rd. Details are at <americansamoaelectionoffice.org> which also has the “Voter Search” platform to check the status of their absentee ballots.

The same Voter Search platform can be used by an elector to verify and confirm his/her voting status. You will need your Voter ID — with the name on the ID — to conduct an online voter search.