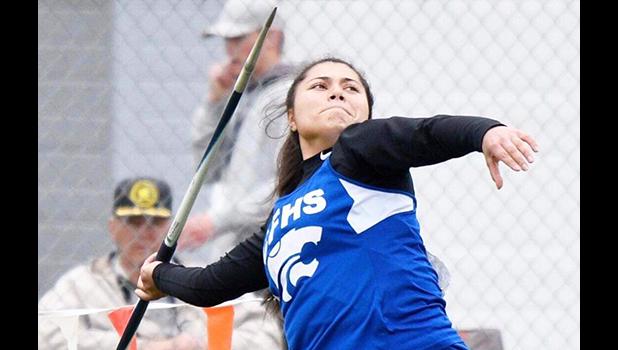 Columbia Falls, MONTAN — Her hometown newspaper calls her “The Natural”.  This daughter and granddaughter of American Samoa picked up a javelin and almost overnight became one of the top throwers in Montana; now she’s the top-ranked junior in America and still only scratching the surface of her potential.

She started her sports career during her freshman year in 2016 and with her successes she now aspires to attend college and hopes to participate in the U.S. or World Olympics one day.

Angellica loves her Samoan heritage and she is grateful to have been raised by her parents and Samoan grandparents, the late Salia & Segi Titialii of Alofau.  Although she has yet to visit her family in Alofau village, she hopes that someday she will.

Her mother Iulai Segi shared that Angellica’s strength as an athlete comes from her Samoan side. Iulai grew up in Alofau village with her siblings, a very athletic and strong willed family.

Her grandfather Segi Titialii was a known village chief and a Methodist Church leader and a pioneer who established the first Samoan Methodist church in Seattle, WA when the family moved to the mainland.

He has inspired many since he’s a hard-working man who takes good care of his family as an agricultural worker and has high expectations of land stewardship in the family.

All of Angellica’s Samoan family background and qualities contributed to her motivation and empowerment to become the best athlete in the field.  She shared that she represents her Samoan community while competing in sports in the mainland.