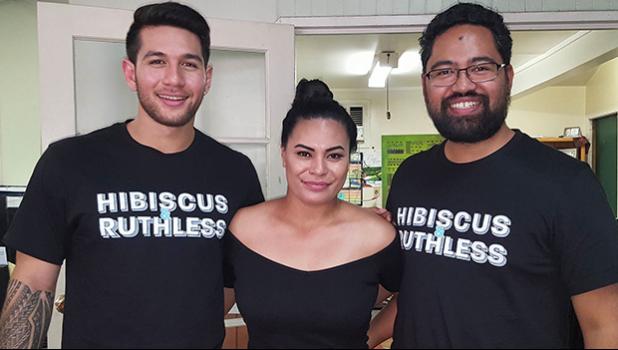 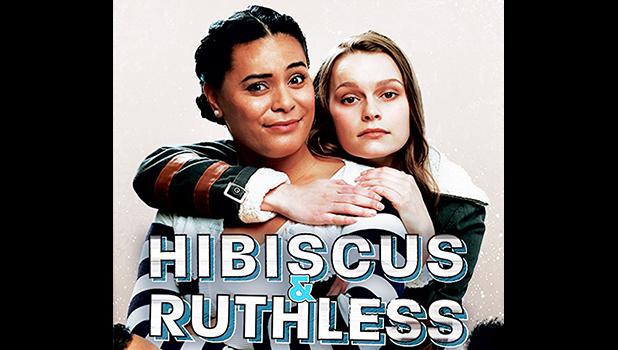 Probably the best comedy out of New Zealand in a long time – Stuff.co.nz

Pago Pago, AMERICAN SAMOA — In an interview with Samoa News yesterday, writer and director of the new Pacific film Hibiscus & Ruthless, Stallone Vaiaoga-Ioasa said having the cast and crew "on the ground" in American Samoa is important for the film's debut, because people want to be able to actually meet, touch, and speak to the actors. "It's rare to have Polynesian people on screen," he said, adding that actors are usually out of reach or distant but having them within arm's reach is 'very special'.

He indicated that several people — specifically the elderly — have informed them that they plan to head to the theater for the premier of the film tonight, and this will be their first time at the movies.

"To have Samoan people, acting in a film that portrays the Samoan way of life — and the problems we encounter — being played out in a movie, makes people want to come out and watch," the director said. "This is us — being able to tell our own stories."

The entourage, all from New Zealand, arrived Wednesday morning and they will be departing the territory tomorrow, en route to Hawai’i.

The promotional tour has already taken the film to Australia, New Zealand, Samoa, and now American Samoa, with Hawai’i and the US mainland on the itinerary.

Vaiaoga-Ioasa said the overwhelming response from American Samoa during the debut of Three Wise Cousins is what made the decision to bring this second film to the territory, an easy one.

"After Three Wise Cousins, it was a given that we were going to return," he said with a smile.

Unlike Three Wise Cousins, where the cast was finalized by a 'shoulder tap', the cast for Hibiscus and Ruthless had to go through auditions. "We had to pick the right people to play the parts."

The film is rated PG-13 and has been described as a 'family-oriented' film that portrays life as a Samoan in an "authentic way."

"The goal is to capture the audience by creating something that everyone can relate to," Vaiaoga-Ioasa said. "It's very real as far as the storyline but it's not serious to where people will be leaving the theater crying. There will be lots of laughter."

The film is set to be screened in the Aloha State June 8.

M2S1, the makers of the very successful movie Three Wise Cousins and the much-awaited Kiwi-Pacific film  Hibiscus & Ruthless confirmes it will hold a meet and greet Preview Screening tonight May 31 from 7pm at Regal Nu’uuli Place Twin Cinemas. This screening will be the official launch of Hibiscus & Ruthless in American Samoa. Of the announcement, Writer and Director, Stallone Vaiaoga-Ioasa said, “American Samoa is a very special place for us especially with the support the American Samoan people demonstrated when we came over for the release of our debut movie Three Wise Cousins, three years ago. As a result, we decided to express our gratitude by flying over some of the Hibiscus & Ruthless’ cast and crew for the public tomeet.”

The film, which created headlines in New Zealand and Australia for its humor whilst addressing key relatable issues in communities, will open to the public from June

1, 2018. Hibiscus & Ruthless has received accolades from film critics with some calling it “very funny” and “probably the best comedy to come out of New Zealand in a long time.”

Of the Preview Screening, Stallone added, “There is beauty in being present to capture the reaction of the public when they come out of the cinema. We try to tell our stories in an authentic fashion and in a way our people can relate to. Seeing and hearing people laugh and cry during the film and being able to relate to it is what makes being present worth it. We could release the film anywhere without the cast and crew present. However, when you put so much effort into making a movie that speaks for our people, we need to be there to celebrate and take any feedback our people may have.”

Of the film, Stallone asserted, “It’s a slice of life, with a unique perspective into a strict Pacific household with plenty of laughs along the way. The crew and I have stepped up our game from Three Wise Cousins with an energetic script that captures the hectic nature of trying to balance abiding by a parent’s very strict rules and the world outside of home that tempts you to break them. With Three Wise Cousins, we saw that there was a very significant audience worldwide that is hungry for such universal stories that have a strong Pacific backbone.”

Hibiscus & Ruthless follows childhood friends, Hibiscus and Ruth who are in their last year of University. Hibiscus lives under her mothers strict rules of no going out and no boyfriends and this gets put to the test when guys start to ask her out. Finding herself unsure of what to do, she turns to her friend Ruth to help her get through to graduation while keeping everyone including herself happy.  It’s a film with a lot of heart and honesty wrapped in a whole heap of laughter.

Tickets for the Preview Screening are available online via the Regal Cinemas’ website and over the counter.

About M2S1 Films: M2S1 Films is a production company founded by Stallone Vaiaoga-Ioasa. Its first feature film was Three Wise Cousins, which was released worldwide in 2015. Proceeds from Three Wise Cousins went to funding Hibiscus & Ruthless. M2S1 stands for Measure Twice, Shoot Once.