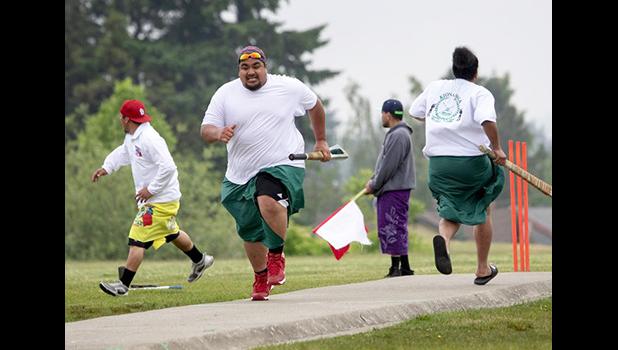 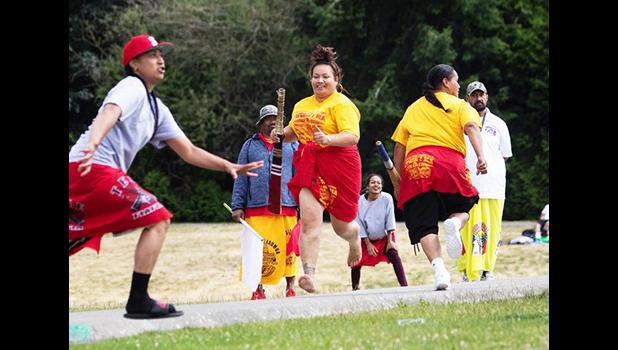 Seattle, WASHINGTON — If not for the Olympic Mountains shimmering in the distance, it might be hard to place the scene that unfolds on a grassy field at Seattle’s Jefferson Park most Saturdays in spring and summer.

It could almost be the British countryside, with dozens of people engaged in a sport that looks a lot like cricket. But there’s a distinctly Polynesian flair to the proceedings.

The players are dressed in colorful wraparounds, not prim British whites. Food booths offer boiled green bananas, Spam sushi and poi drinks. Pounding music blasts from speakers while an emcee narrates the action with the fervor of a World Cup telecaster.

“It’s a little piece of home,” says Roshina Wilson Kerisiano, watching from the sidelines on a cool Saturday morning before the sun burned through the clouds. Kerisiano and her extended family have been involved in the Seattle cricket league for almost 20 years, and she recently joined the leadership of the nonprofit United Samoan Organization, which sponsors the matches.

For the far-flung Samoan diaspora in the United States — which outnumbers the population of American Samoa — the game provides a link to their heritage, a way to school American-born youth in traditional values and a sense of connection, Kerisiano explains. “It’s the one sport we have here that brings the community together.”

About 22,000 people of Samoan descent live in Washington, the third-highest number in the country after California and Hawaii. Teams from Olympia, Puyallup, Federal Way and other Puget Sound-area communities compete in Seattle’s league from May to mid-August.

For many Samoans, the passion for kirikiti burns as hot as the football fever (meaning soccer, of course) that grips much of the world. The game is played in New Zealand, Australia, California — anywhere large concentrations of Samoans are found. One local player lives in Alaska but flies to Seattle every Friday for the matches.