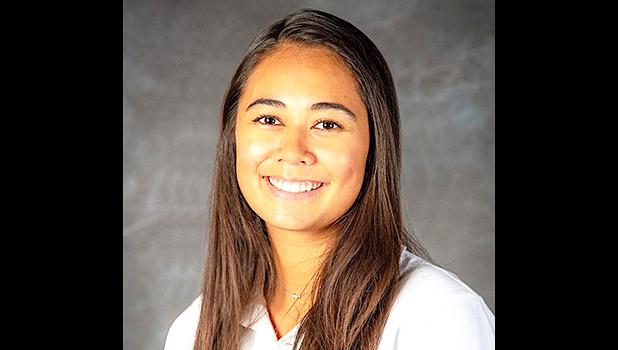 Lelalelei’s volleyball journey started in the territory, where she played alongside her sister Puafuatausaga Mydori at Faasao Marist High School. But it goes back farther than that. Volleyball is in their blood. Their mother, Lydia Faleafine-Nomura, founder of the Masina Volleyball Club, has been leading local volleyball teams for years, and is currently the head coach for the Tafuna HS girls’ volleyball team.

In 2009, Lelalelei played for Elite Volleyball Club under Salaia Salave’a, and they went on to win the Flag Day Championship title that year. She was also a member of the local high school All Star Team in 2010 and 2011 - playing in the Samoa Bowl Games both years - and an honor athlete at both Valdosta State and Chadron State.

“Lela traveled overseas to compete for Valdosta State University for 2 years, and then went on to finish her career at Chadron State College,” according to a Cloud Peak Volleyball social media post announcing Lelalelei’s new position. “ She is passionate about volleyball and about helping athletes become the best they can be. We are so thrilled to have her in our club family…We are blessed to have her in our program!”

Lelalelei is an assistant volleyball coach at Sheridan College. According to Cloud Peak, the Iliili volleyball star will be coaching both a USA Power Team and an AAU team this winter and spring. She will also be working with the U-18 team(s).

Lelalelei holds a bachelor’s degree in psychology and a master’s in clinical counseling. She is the daughter of Peter and Lydia Faleafine-Nomura.