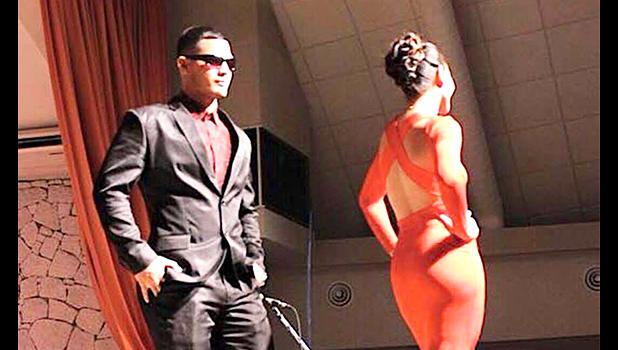 American Samoa will be represented at the 2017 Pacific International Runway Fashion Show by local entrepreneurs Joseph and Leuila Ioane, and their Exclusive by Off Da Rock designs.

Known locally for their tattoo shop in Avau, the Ioanes started their business portfolio by 'inking' their way into people's lives. Over the years, Joe, as he is known to family and friends, has tattooed dozens of people, from all over the world.

Three years ago, he decided to put his designs on fabric and with the help of his wife Leuila, who comes up with unique patterns and styles that have taken the territory by storm, Exclusive by Off Da Rock was born.

This past Sunday, Samoa News spoke to Joe who indicated that he and his wife will be departing the territory on Saturday, Oct. 14th, to attend the 2017 Pacific International Runway Fashion Show set to be held in Sydney, Australia on Oct. 21st.

In its sixth year, the PIR is Australia’s largest Pacific Fashion Show. Designers from New Zealand, Australia, and other Pacific nations will be traveling to the Land Down Under for the event, to showcase their latest designs.

Altogether, the Ioanes will be displaying 12 pieces, all custom-made and original, featuring various 'elei designs for both men and women.

According to Joe, it was the 2Samoas Fashion Week back in 2014 that offered the spring board that led to him and his wife diving into the world of fashion design.

It was indeed the break they needed. Their infamous "Original Red Dress" went viral after their close friend and local photographer Ammon Fepulea'i, owner of “Exposed Photography”, snapped photographs of their designs and uploaded them online.

Joe said at first, they had a slow start. But the ball started rolling and requests for special orders from here, there, and everywhere started pouring in. Not just from locals, but also from fans off island.

Women and teens are in love with the contemporary modern dresses printed with traditional Samoan motifs. The color schemes work together and the designs are unique — all the things a woman looks for in a dress.

"I am so overwhelmed by everyone urging me to showcase my designs overseas," Leuila told Samoa News, adding that she's "just truly humbled by the experience and how far God has brought us. I am super excited over anything just to represent American Samoa fashion. Yes, it's happening!"

Altogether, the trip will cost the Ioanes about $9,000

The couple has set up a GoFundMe page where people can donate and "off island friends and supporters can help their girl get to the red carpet," Leuila continued. "I don't know what to expect and how this will all play out, but by faith and your support, all is possible."

Local businesswoman Ta'aloga Drabble is sponsoring part of the couple's trip, making arrangements to pay for some of the expenses, according to Joe.

Currently, the couple has been able to raise close to $3,000 on their GoFundMe page and close to $1,000 in donations from families and friends.

"I just want to thank God for the opportunity," said Joe. "We are very strong in our faith, and we believe that without Him opening doors for us, we wouldn't be able to go out there and do the work we do in the community. It also helps that we've been blessed with people who surround us with positive vibes, people who believe in us and encourage us."

Asked about his expectations of the trip, Joe said he is "intimidated" because this is something they have never done before but added, "now it's time to step out and overcome that fear."

He said although the trip is expensive, they are trying to get out there to experience what it's like.