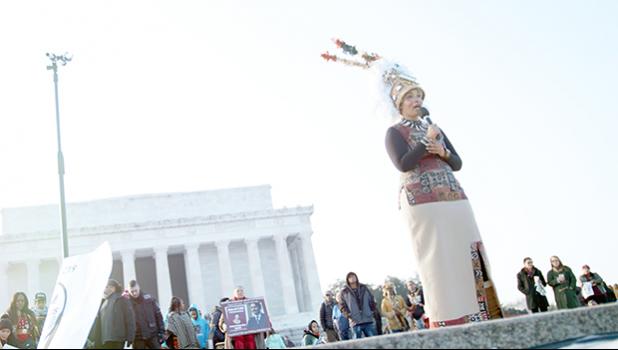 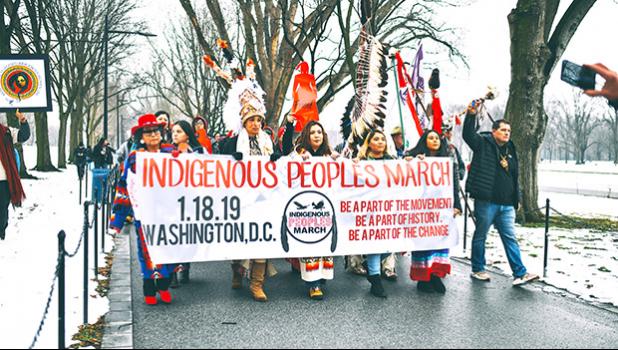 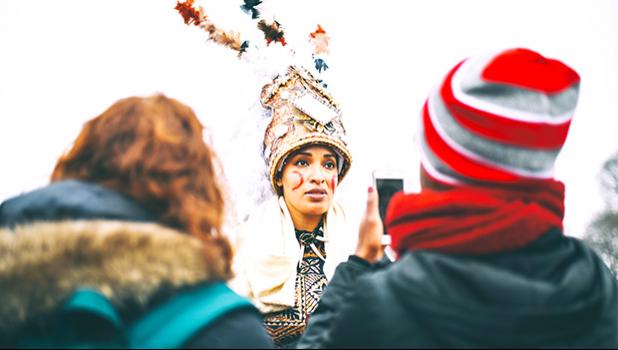 Her husband, Hakeem Khaaliq, also an award wining film maker, said that Ali on Jan. 18th made history by leading 10,000 indigenous representatives from all over the world  to the Lincoln Memorial in Washington D.C.

“She spoke to the world about issues affecting American Samoa and the Pacific — diabetes and obesity,” Khaaliq told Samoa News over the weekend via email from Arizona.

The event was spearheaded and launched by the US-based Indigenous Peoples Movement, which the organization said in a statement “started as a grassroots coalition to eliminate the borders around our injustices” and on Jan. 18th, “we accomplished that”.

It also says that the “march and rally warranted the attention of 10,000 people” in the nation’s capital.

“The Indigenous Peoples March was phenomenal because it represented the unity of many indigenous nations and backgrounds,” Ali said yesterday, in response to Samoa News inquiries. “It was an honor to be a part of history and assist in organizing the event.”

“This was the first international march of its kind with attendees from Samoa, American Samoa, and Fiji who participated in the march, and we were overwhelmed and proud to see the Pacific islands present and in solidarity,” she said from Arizona.

“I had the opportunity to bring awareness on an international level to our island's health concerns and met many people who are interested in helping with our project ‘Manuia Samoa’,” said Ali, the great-granddaughter of the late Paramount Chief, Le’iato Tuli of Fagaitua.

In December 2017, Ali’s “Manuia Samoa” project was one of the only 23 projects from across the country that was awarded funding by the US-based ArtPlace America group.

The Indigenous Peoples Movement is “grateful that for the first time in Washington D.C., on the same steps that Dr. Martin Luther King Jr. said he had a dream - that we could help make that dream become a reality. That black, brown, yellow, white and red nations were able to come full circle.”  (Online: www.indigenouspeoplesmovement.com)

On Jan. 19th, also in Washington D.C., “I was asked to stand in solidarity at the Women's March with so many strong women that make an impact within their communities,” said Ali, who was in the territory more than a year-ago.

This is the third year of the Women’s March following those in 2017 and 2018. Prior to the march, the organization released on Jan. 18th its comprehensive federal policy platform, the “Women’s Agenda”, which lays out the priorities of the organization for the next two years and serves as a roadmap for the work ahead. (Online: www.march.womensmarch.com)