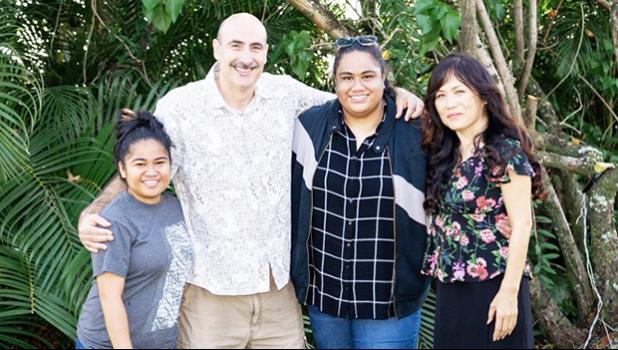 Hilo, HAWAII — Faʻafaleaʻi Siliva is passionate about preserving her language along with her culture. Silivia is from the villages of Nua, Seʻetaga, and Taputimu in American Samoa. Her study of the Samoan language is motivated by her desire to preserve Samoan heritage and identity for future generations.

“For young people, we mostly use colloquial language, but Samoan also has respectful ways of speaking; we do not speak to elders and friends in the same ways,” said Siliva. “We create a code language, slang, and I feel like we are drifting away from the traditional ways by always using the everyday language, and the other form of the Samoan language is fading.”

She is enrolled in University of Hawaiʻi at Hilo’s newest linguistics course, Elementary Indigenous Languages (LING 133), which gives international students who are already highly fluent native speakers the opportunity to study their indigenous language and formal writing systems from an academic perspective.

“There are so many students who speak Polynesian and Micronesian languages here, but until now there was not a class for them to showcase their skills or to use their knowledge,” said Ohara. “The class is unique because it gives students a platform to study their indigenous languages in depth with the guidance of linguistics faculty.”

Another LING 133 student Chelsea Pedro grew up in Koror in the Republic of Palau and considers herself somewhat fluent in Sonsorolese, a language that has only about 500 speakers.

“A lot of Sonsorolese want to revitalize the language and use it more, but it is only spoken in the community,” said Pedro. “It is not used in school; only English and Palauan are used.”

This past summer in Palau, Pedro completed a government-sponsored internship and managed to organize a language attitude survey among 200 Sonsorolese speakers between the ages of 18 and 40.

“I find it interesting that there is not a lot of study on Sonsorolese,” said Pedro. “Not a lot of people speak fluently. Nowadays my generation mixes it with English and older people do not like that, but when I went back they were willing to help me preserve the language. They find that it is fading or dying.”

For the full story, visit the UH Hilo Stories website.