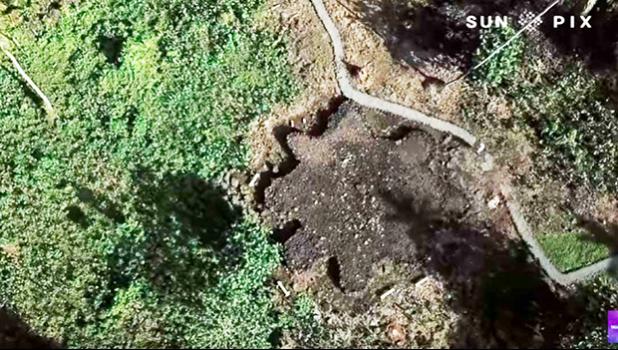 Detection of scores of ancient ‘Star Mounds’ baffle archaeologists on American Samoa and Samoa, where the tropical climate is thick with rain forests and almost impassable volcanic ridges.

In 1988 doctors T. L. Hunt and P. V. Kirch from the University of Washington published An Archaeological Survey of the Manu’s Islands detailing the extensive excavations in American Samoa which were carried out by the multi-institutional Polynesian Culture History Programme in the 1960s. On the Manu'a islands of  Taʻu, Ofu and Olosega is where in the 1960s a series of ancient man-made structures were discovered known as Tia Seu Lupe, or Star Mounds. This extensive project revealed the islands “ three-millennium-long prehistory ” beginning with Early Eastern Lapita pottery, and somewhere in this 3000 year time span at a yet unknown time period the star mound builders got to work.

Now a new archaeological project on Savai'i, Samoa using Lidar aerial scanning technology has revealed hundreds of overgrown structures including about 80 ‘Star Mounds’ located in difficult to access terrain. The sheer magnitude of the star mounds’ construction suggests they were very important structures to the cultures who used them and they are mostly constructed of earth and stone in of various sizes and shapes. Some of the seat mounds are faced with coral slabs and these larger level-topped platforms measure up to 40 meters (130 ft) in diameter and 5 meters (16+ ft) high.

The term “star mounds’ describes their geometric shapes which have usually five or eight projected arms so from above the mounds resemble how we draw stars. The largest star mound stands at the center of American Samoa’s Tiaseulupe Park but rather than having rays projecting outward is has two elevations with a combined length of 34 meters (111 ft) and a height of 3 meters (10 ft).

The mound-builders of North America excavated hundreds of millions of basketfuls of earth which they piled up in impressive mounds for worship and sacrifices. However, deep in the South Pacific on the islands of Tonga, a Science-Frontiers article says native people created large mounds of earth for what “seems to be a frivolous purpose: pigeon-snaring”.

Early accounts tell of Samoan Chiefs who participated in the sport of pigeon catching and the English translation of “tia seu lupe” is “platform for netting lupe” - the large fruit-eating Pacific Pigeon. This prized food was a delicacy reserved for chiefs, who often gave them in ritual exchanges, but locals believe their star mounds probably held much greater social and ritual significance.

Read more at Ancient Origins — Reconstructing the origins of humanity's past