“One Thousand Ropes” in Am Samoa 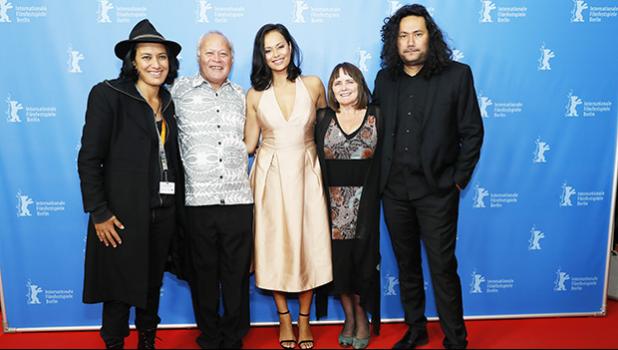 The film, “One Thousand Ropes”, is set to debut in American Samoa at the Fatu-O-Aiga Hall, in Tafuna, Thursday, Oct. 26 & Friday, Oct. 27, 7 p.m. From the Writer and Director of The Orator - O Le Tulafale – Tusi Tamasese, “One Thousand Ropes” is a story of a father reconnecting with his daughter, set in Wellington, New Zealand.

The following is a review from a reader who saw the movie when it premiered in Samoa:

If you’ve seen “Three Wise Cousins” you know it’s a movie about a naive young man from New Zealand who travels to Samoa and gains precious insight into women, family and responsibility from his cousins in Upolu. After watching “Cousins” you leave the movie theater feeling pretty good.

On the other hand, the film “One Thousand Ropes” takes place in the urban villages of New Zealand. It is also about women, family, and responsibility. But “Ropes” is a depiction done with brutal honesty. You might leave the theater feeling like you’ve been punished with a thousand wicked and violent lashes. “Ropes” is a shocking yet sensitive portrayal of life and death as well as the living dead.

To be sure, Director Tui Tamasese has done all of Samoa proud. In the same way you might think of French Cinema or Japanese Cinema, Tamasese’s work stands as what can be called “Samoan Cinema”. Besides a Samoan cast, there is the uncompromising use of the Samoan language without English sub-titles. The film opened in Apia with a traditional welcome (feiloaiga) and a minister’s prayer.

The lead character is a baker played powerfully by Tuiasau Uelese Petaia. A baker is common enough but this one happens to also be a Samoan taulasea with a rage simmering beneath the surface that gets pounded into the making of dough.

One day the baker’s pregnant daughter appears without a husband and with a face that’s been beaten to a pulp. Domestic violence occupies the real world we live in and it’s the same for the world of “Ropes.” Tamasese does not indulge the audience in gratuitous violence. The beatings are done in shadows. Nor is the domestic violence is re-enacted. Only its brutal consequences are shown as seen by the bruises and lacerations on the pregnant daughter’s face or the knuckles of the character -- Maea.

Coming from Pago, the social housing of inner-city Arlington looks nice enough. It’s New Zealand’s version of public housing. The sparsely furnished apartment with its bare walls and frayed fala visually project the same kind of emotional emptiness of a Kuhio Park Terrace apartment. Coming from Pago, we aren’t accustomed to seeing and hearing Samoans in the urban cold and wind. It’s surely doesn’t feel like a place to bury an umbilical placenta.

Are there any final lessons to “Ropes”? Probably not. But there is the deep regret of an old man whose children don’t visit. And there is redemption. It’s a film worth seeing.