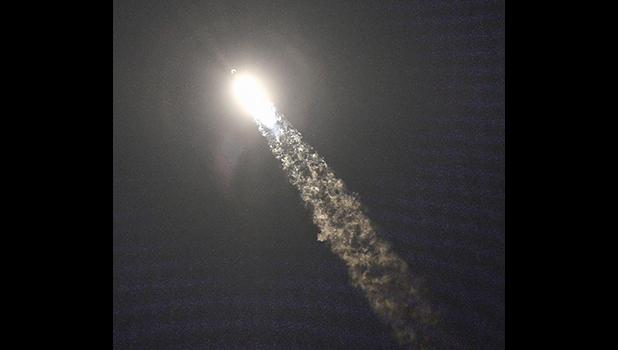 By
Barry Markowitz
Honolulu, HAWAII — NASA and the new Space Force may have cancelled their launch this week, but the Samoa News will never let you down.   You Coolios know that American Samoa is a major big time space travel player.  On May 26, 1969 the Territory welcomed the Apollo 10 crew after their 8 day prelude to the even more historic Apollo 11 moon landing.  The Territory Samoanized the Apollo program.  You guys can take full credit for giving NASA their mojo for the July 20, 1969 Apollo 11 successes, just a few months later.  Most of the Apollo 11 moon landing was rehearsed by Apollo 10, except the actual landing.
Congresswoman Aumua Amata Coleman Radewaggen represented the Territory with great dignity by honoring Apollo 10 Commander, Tom Stafford on the 50th anniversary of that flight.
In similar form, a few months after the Apollo 10 50th anniversary recognition, Space X launched their Falcon 9 rocket carrying the Kacific 1 telecommunications satellite, with the opportunity to serve the Samoas and South Pacific.   Satellite telecommunications always has a place in our Pacific as undersea cables do not go to every remote low population island, Manua found that even new cable service is not indestructible, and costs and technology could change the future of what system is the most appropriate.  A sinister possiblity was conjectured relative to a recent missing deep diving Russian submarine.  Some European nations are concerned the unique Russian submarine was training to destroy telecommunication cables in the event of hostilities… which confirms the value of the Kacific 1 and other telecom satellite.
The US Space Program is historically and currently linked to American Samoa.  Bet there are some Samoan heritage astronauts and space techs to which you are related.  Make sure you post those connections at Samoanews.com so we can further rejoice that even a humble US Pacific Territory could have such noble links.   Many of you Coolios, parents, and grandparents were there during that magical Flag Day Week when the Apollo Astronauts arrived.  Make sure you share those images and memories with the Samoa News.  Do we declare this Territorial Space Week?
Note, the above image was absolutely the most difficult photo Cool Stuff ever shot.  How do you shoot the brightness of 50 suns, in absolute darkness?
You expose for one part of the rocket and your image gets overexposed by the jet engine blast.  It was a no win situation, but the Territory’s Space connection was again enhanced as Kacific and Space X recognized American Samoa and credentialed the Samoa News’ Senior Staff Photojournalist, “Cool Stuff”.
Thanks for letting the Samoa News keep you connected to your legacy in the Samoan Space Universe.