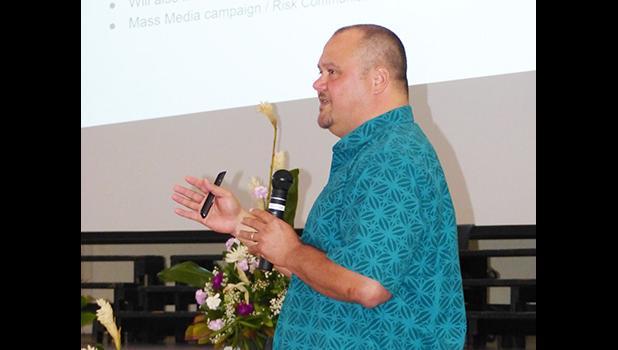 Pago Pago, AMERICAN SAMOA — The COVID-19 Task Force has approved changing the vaccination age requirement for those wishing to travel to American Samoa and the new requirement will be enforced for the flights that start in February 2022.

A press release issued by the Task Force after their regular Tuesday meeting explained their reasoning saying, “With the vaccination now available to 5 year olds, the Task Force approved a recommendation from DOH to change this requirement to say that anyone who is 5 years and older must show proof of full vaccination before they can be approved for travel to American Samoa.”

Lt. Gov. Talauega Eleasalo Va’alele Ale, who is also the Task Force chair, told leaders of DOH and relevant departments to continue to build a strong rapport with Samoa’s National Emergency Operation Centre (NEOC) so that we can share and understand each other’s travel policies in the hopes of one day normalizing flights with the Independent State.

The NEOC is Samoa’s version of the COVID Task Force and it was activated by the Samoa Government in early 2020 in response to the COVID-19 global crisis.

The Task Force Chairman said he had a good conversation with NEOC Chairman Agafili Shem Leo recently and he wants the Task Force to continue the dialogue with Samoa and work together in making travel safe for the two Samoa.

Flights to Samoa resumed this week after a two-week holiday break with flight days now confirmed for every Monday and Wednesday each week. Last year, flights were done on Wednesdays and Fridays. This year, the NEOC has also approved increasing the number of seats for each day to 70, up from 50 per day last year.

Noting the strict quarantine requirements in Samoa and no community spread of COVID there, the Lieutenant Governor said he’d like to see flights between the countries normalized. He added that American Samoa has the capabilities to do that and so long as we control the influx of incoming passengers and abide by travel policies in place, there should not be any problems.

A report detailing major repatriation, vaccination and quarantine operation costs relating to American Samoa’s COVID-19 emergency response in 2021 is expected to land on the Governor’s desk this week for his review.

Talauega said the report, which officials from various departments have been working on for the past two weeks, will be delivered to the Governor for his review this week. It will then be distributed to the Fono and made public.

In an effort to monitor and detail spending moving forward, the Task Force Chairman has designated Task Force member Blanche Lulu Barber to follow up with directors on their department spending of COVID funding. Talauega told the meeting that Ms. Barber is authorized to “really bother you to make sure you provide your department reports so that by the end of each month, you have some degree of certainty how much was spent on each item and be able to account for it.”

As of Jan. 18, 384 individuals have registered through the TALOFAPASS system for the Jan. 27 flight, according to updates from the ASG-Hawaii Office. So far, 316 have been approved to travel after the first COVID-19 test. The second swab test will be conducted on Jan. 22.