C.E.O kicks off little league baseball and softball with more than 200 registered players 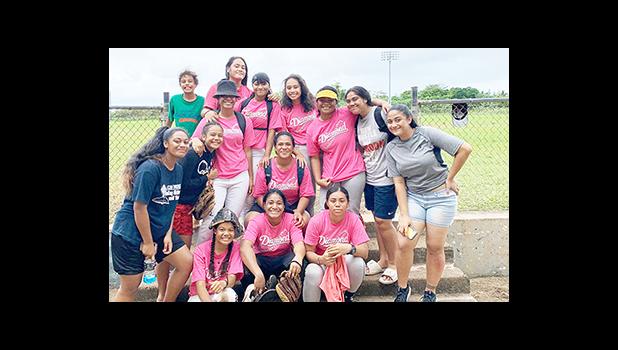 Pago Pago, AMERICAN SAMOA — Cheers can be heard across the field and excitement is felt throughout the stands by both children and parents. The range of team colors fill the bleachers like a rainbow, while smiles are felt by each passerby. The opening to Little League Baseball and Diamond Teen Girls Softball was highly anticipated and on August 1, 2020, The Community Empowerment Organization (C.E.O) held its grand opening ceremony to kick off this year’s tournament!

For the past five years, C.E.O, a local non profit, has been working within the community to implement Volunteer programs that cater too, not only the youth of American Samoa, but the underserved. In those years, they’ve worked with several national and local non profits to include EPIC and PYCD, which serves sexual assault victims and troubled youth. They’ve held numerous Softball Clinics in 2019 with Parks and Recreation, including a major clinic where they hosted Keilani Ricketts, Pro USA Olympic Softball Player and Fale Aviu from Oklahoma University in December, as part of their empowering girls in sports movement. That program, they credit, was successful because of volunteers and coaches such as Sean Tumanuvao, Victor Langkilde, Pele Chun, Tiana Trepanier, and Angel Iopo.

This Summer, while waiting for the CoVid Restrictions to be lifted, C.E.O’s Chief of Operations, Vaimalu A’etonu, who is modest but spent 15 years as part of the elite Special Forces team in the Army, started organizing Little League Baseball and Diamond Girls Softball with Army Veteran and locally known Jiu Jitsu and baseball Coach Hendrix Scanlan, well known baseball and softball Coaches La’au and Alva Laulu, and C.E.O’s President and founder Saipai Cassens.

All who grew up in the 80s and 90s around the baseball scene under Tony and Ben Solaita. In an effort to get kids out of the house and moving again, they successfully had a grand opening with more than 200 plus players ages 4- 12 who registered for CoEd Little League Baseball, and girls ages 12-18 for the Diamond Teen Girls Softball League. “All we really wanted, is for the kids to have fun. For them to feel the way we felt growing up, playing ball on that very same field. There is so much pride and so much laughter. Something our community has missed.”

They credit their success to their volunteers and their families for their willingness to, what they call in baseball, “step up to the plate” to serve their communities through coaching the next generation of athletes. “We would like to thank all the parents and give credit to our amazing team: Coach Fa’asaō Sili, Coach Louis and Coach Noelle Solaita, Coach Matt and Lisa Wade,

Registration for the league is currently closed and games will continue into September. You can catch a fun baseball game on Wednesdays, Thursdays, Fridays at 4pm and on Saturdays at 8:30am at the Tony Solaita Field.