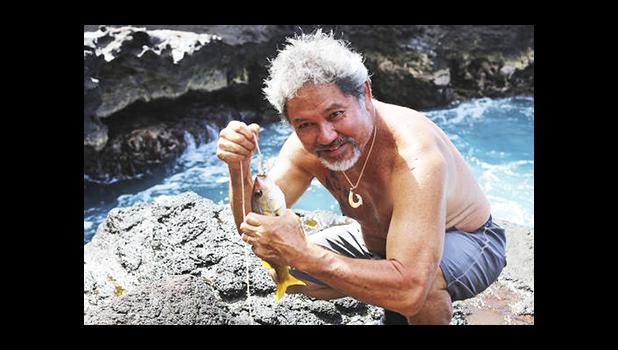 WASHINGTON (AP) — President Barack Obama this past Friday expanded a national monument off the coast of Hawaii, creating a safe zone for tuna, sea turtles and thousands of other species in what will be the world's largest marine protected area.

Obama's proclamation quadrupled in size a monument originally created by President George W. Bush in 2006. The Papahanaumokuakea Marine National Monument will contain some 582,578 square miles, more than twice the size of Texas.

The president is slated to travel to the monument this week to mark the new designation and cite the need to protect public lands and waters from climate change.

In expanding the monument, Obama cited its "diverse ecological communities" as well as "great cultural significance to the Native Hawaiian community and a connection to early Polynesian culture worthy of protection and understanding."

The monument designation bans commercial fishing and any new mining, as is the case within the existing monument. Recreational fishing will be allowed through a permit, as will be scientific research and the removal of fish and other resources for Native Hawaiian cultural practices.

The regional council that manages U.S. waters in the Pacific Islands voiced disappointment with Obama's decision, saying it "serves a political legacy" rather than a conservation benefit.

The council recommends catch limits and other steps designed to sustain fisheries. It said it recommended other expansion options that would have minimized impacts to the Hawaii longline fishery, which supplies a large portion of the fresh tuna and other fish consumed in Hawaii.

"Closing 60 percent of Hawaii's waters to commercial fishing, when science is telling us that it will not lead to more productive local fisheries, makes no sense," said Edwin Ebiusi Jr., chairman of the Western Pacific Regional Fishery Management Council "Today is a sad day in the history of Hawaii's fisheries and a negative blow to our local food security."

Sean Martin, the president of the Hawaii Longline Association, said his organization was disappointed Obama closed an area nearly the size of Alaska without a public process.

"This action will forever prohibit American fishermen from accessing those American waters. Quite a legacy indeed," he said in an email to The Associated Press.

The Pew Charitable Trusts helped lead the push to expand the monument. It says research shows that very large, fully protected marine reserves are necessary to rebuild fish populations and diversity of species.

"By expanding the monument, President Obama has increased protections for one of the most biologically and culturally significant places on the planet" said Joshua S. Reichert, an executive vice president at Pew.

The White House is describing the expansion as helping to protect more than 7,000 species and improving the resiliency of an ecosystem dealing with ocean acidification and warming. It also is emphasizing that the expanded area is considered a sacred place for Native Hawaiians.

Shipwrecks and downed aircraft from the Battle of Midway in World War II dot the expansion area. The battle marked a major shift in the war. Obama will travel to the Midway Atoll to discuss the expansion.

With the announcement, Obama will have created or expanded 26 national monuments. The administration said Obama has protected more acreage through national monument designations than any other president.

The White House said the expansion is a response to a proposal from Democratic Sen. Brian Schatz and prominent Native Hawaiian leaders. The federal government will also give Hawaii's Department of Natural Resources and Office of Hawaiian Affairs a greater role in managing the monument, an arrangement requested by Schatz and Gov. David Ige.

Ige signed off on the expansion Wednesday, telling Obama in a letter that there had been tremendous debate on the issue locally. In the end, he decided the "proposal strikes the right balance at this time for the waters surrounding the Hawaiian Islands, and it can be a model for sustainability in the other oceans of planet Earth."

But American Samoa's delegate in the House of Representatives, Aumua Amata, said the monument expansion would place an already economically challenged territory at greater risk.

"Our local fishing industry, which comprises more than 80 percent of the local economy, depends heavily on access to these waters," Amata said.

With the expansion, the U.S. now has some 1,200 marine protected areas covering 26 percent of marine waters, said Lauren Wenzel, director of NOAA’s National Marine Protected Areas Center. But the majority allows fishing or some other form of resource extraction.

National Geographic Magazine’s website points our that despite popular proposals to protect some of the last great areas of marine biodiversity in the East, such as Cashes Ledge in the Gulf of Maine, or the canyons and seamounts off New England’s continental shelf, so far no marine monument has been created in the Atlantic Ocean.

The history and power of the 400-year-old New England fishing industry make that a more difficult political challenge, said Robin Kundis Craig, a University of Utah law professor who specializes in the oceans. “Some of this is protecting what’s easier,” Craig said of the Papahānaumokuākea expansion.

Citing that imbalance and the impact to Hawaii's longline fleet, the fishing industry vigorously fought the Papahānaumokuākea expansion—in TV ads and YouTube videos, in town hall meetings and in the capitols in Washington and Honolulu. Ultimately, support from Hawaii lawmakers helped cinch the president’s decision. U.S. Senator Brian Schatz brokered a compromise that maintained the monument’s existing boundary on its far eastern end, allowing fishermen from Kauai and Niihau to continue working their traditional grounds inside the EEZ.

WestPac chairman Ebisui says he and leaders of the seven other councils that manage regional fisheries along the U.S. coastline all wrote to President Obama to urge that they be allowed to continue managing fisheries in any monuments created under the Antiquities Act.

"With so much of our EEZ off-limits, it feels as if Hawaiians are taking it for the team again,” Ebisui said, referring to the long history of reserves established on and around the Hawaiian Islands, by Democratic and Republican presidents alike.

Although the Antiquities Act was signed into law in 1906 by a Republican president, Theodore Roosevelt, the modern GOP has drawn a bead on it. The Republican platform adopted at the party convention this summer in Cleveland calls for a change in the law to require monuments to be approved by both Congress and state legislatures.

But the power of the Antiquities Act, said historian Douglas Brinkley, author of environmental biographies of both Theodore Roosevelt and Franklin D. Roosevelt, lies in its ability to transcend industrial or regional influence to protect lands and waters of overarching interest to all Americans. “Presidents in their last year of office need to do what’s visionary,” Brinkley said. “It’s not about ‘what I can get in the last year.’ It’s about the long-term, which is the essence of conservation.”

When Congress passed the Antiquities Act, the focus was on preserving southwestern prehistoric sites such as burial mounds and cliff dwellings. By the time Teddy Roosevelt left office less than three years later, however, he had used his new privilege to protect 18 national monuments, and they included iconic landscapes such as Mount Olympus in Washington and Muir Woods in California as well as archeological sites. One of Roosevelt’s designations was the Grand Canyon. At the time, locals who called the area “strictly mineral country” vehemently opposed its protection.