Why so many plea deals? Especially in sexual assault cases involving minors 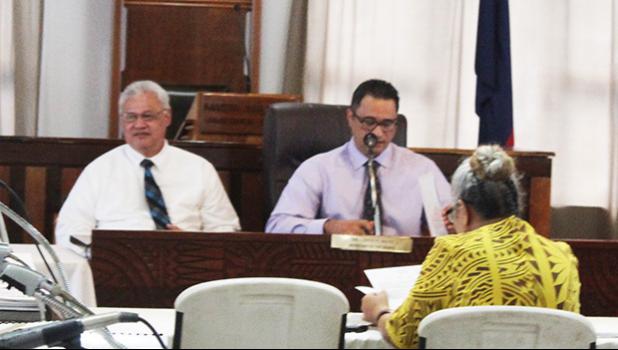 He said these plea deals are made because attorneys from both sides reach an agreement, and there’s nothing the court can do about it. And in the end, defendants in these cases end up serving short jail terms.

Talauega responded that it’s difficult to provide an answer, as each case is different and has its own circumstances. It’s also difficult, he said, to say whether the decision by attorneys to reach a plea agreement is right or wrong, as he’s not involved in each case and he is not aware of the reasons for reaching the agreement.

He did point out that prosecutors and the AG’s Office do not take any case lightly, especially when it comes to protecting “our young children” who become victims of crimes.

He said sometimes cases don’t go to trial because the guardian or parent(s) would request not to prosecute the case, saying their child will not be brought to court to testify at trial. “And when something like this happens, it makes it difficult for prosecutors to move the case forward in court,” Talauega explained.

Also raised during the hearing, is the AG’s salary, which is listed in his department’s budget document as $73,000 annually for the new fiscal year — same amount as FY 2019.

Human Resources director, Eseneiaso Liu, had told the joint budget committee last Friday that her office has received the governor’s proposal to increase to $75,000 the salaries of 12 executive branch directors, including the AG. (See Samoa News Sept. 9th edition for details.)

Senate Budget and Appropriations Committee chairman, Sen. Magalei Logovi’i, who also co-chairs the joint budget committee, asked Talauega if he had requested a salary increase from the $73,000 listed in the budget.

Talauega said no, and added that he did request the governor for an additional 20 staffers for the Immigration Office. He said it’s important that this office, which currently has a staff of 35, has sufficient employees — at least 50.

He added that there are other areas of the department that need additional staff — but didn’t elaborate further.

Dept. of Legal Affairs’ proposed FY 2020 budget totals $2.20 million, which is the same as FY 2019. Talauega said all divisions of the department are working hard but for the Attorney General’s Office alone, it’s very difficult to recruit and keep attorneys here due to low salaries and other issues. He didn’t elaborate on how many attorneys are currently working in his office or how many more are needed.