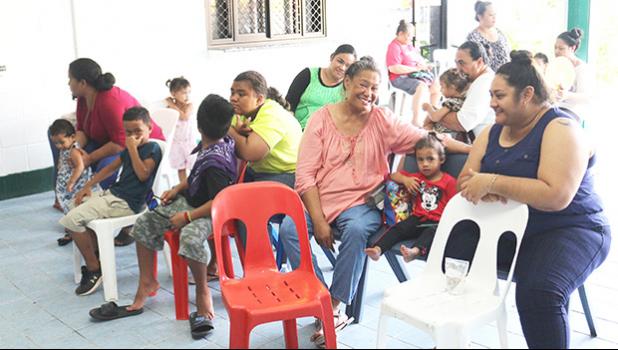 Pago Pago, AMERICAN SAMOA — A new measles case has been reported in American Samoa — an 8-year-old child who is believed to have contracted the virus locally.

Department of Health Epidemiologist Dr. Aifili John Tufa said they are still investigating how the child contracted the measles virus.

The territory has received a shipment of 8,000 vaccines from the US Centers for Disease Control and Prevention and is launching a mass vaccination program in villages tomorrow.

Tomorrow is the vaccination of employees of the StarKist Samoa cannery which has a workforce of 2,000.

This past week only one measles suspected case was seen at the LBJ Hospital and a blood sample is being sent to Hawaii for testing.

Dr. Tufa said while there is a measles outbreak, the territory's high vaccination coverage is believed to be what is slowing down the spread of the measles virus.

He also believes the quick action to restrict entry at the borders has helped.