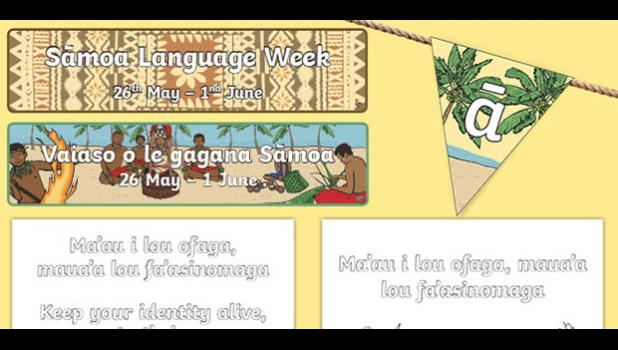 Wellington, NEW ZEALAND — Samoa Language Week in New Zealand is an opportunity for everyone to come together to help protect the stories, cultures and traditions our Pacific languages hold, for the benefit of future generations.

“Language is the lens through which we understand and explain our history, our culture and the world around us. Pacific people thrive when we hear our own stories, in our own languages, from our own people,” says Minister for Pacific Peoples Aupito William Sio.

“Right now, Pacific languages in Aotearoa New Zealand are struggling. Their use is declining, and the stories they carry from one generation to the next are heard much less frequently in homes and communities around New Zealand.

“When we learn and know more about the different languages spoken in New Zealand, it enables us to be more empathetic and understanding of where others may be coming from when they interact with us.

“When people do not have their own language as a way to express themselves, or as a lens to understand their past and the world around them, it can lead to problems associated with identity and mental health.

This year, Samoa Language Week coincides with the announcement of the Government’s first ever Wellbeing Budget, on Thursday 30 May.

And with the theme for the week being “Lalaga le si’osi’omaga mo se lumana’i manuia”, or in English, “weave an environment for a better future”, there is a unique opportunity to highlight the importance of language to our own and our collective sense of wellbeing.

“For Pasifika communities, I want to see us collectively build solid foundations that will ensure future generations can walk in confidence in all they do and be thriving, resilient and prosperous peoples of Aotearoa.

“Weaving our diversity of languages & cultures into these solid foundations of Pacific Aotearoa identity is essential for this vision to be realised.

This year’s Samoa Language Week is particularly special as it is taking place during the United Nations’ International Year of Indigenous Languages.

“One of our greatest treasures is the diversity of the languages we speak and the depth of meaning words carry in communities around New Zealand.

“In this year of global celebration, thanks to the hard work of the community of passionate, dedicated volunteers and language advocates we can be proud that we are already making positive changes to support our Pacific languages and those who speak them.

“Samoa Language Week and the International Year of Indigenous Languages is an opportunity to remind all of us that New Zealand does not speak with one language.

“I encourage all New Zealanders to use some simple Samoan greetings and words this week, to take time to understand what these words mean and the stories they carry, and to take time to speak with Samoan friends, colleagues and neighbours about what their language means to them,” says Aupito William Sio.

Samoa Language Week runs from Sunday 26 May to Saturday 1 June 2019.