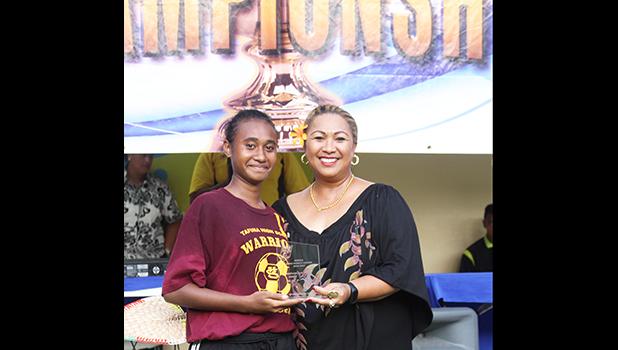 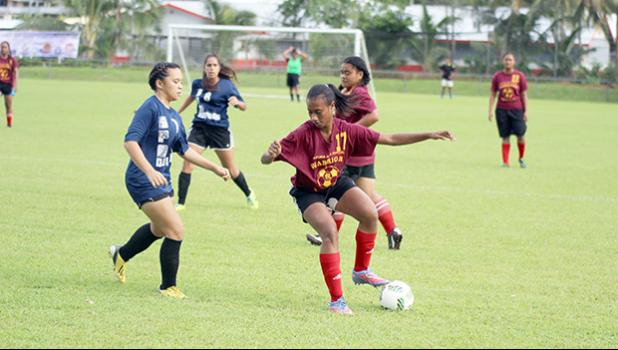 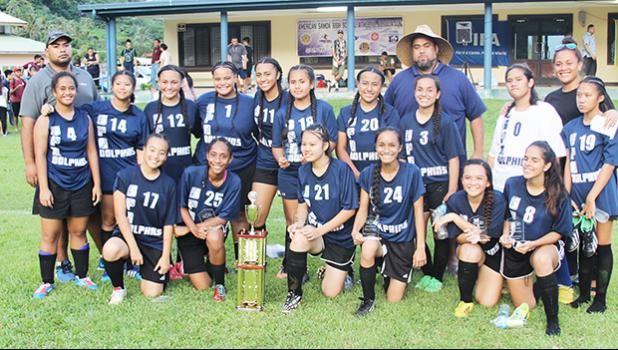 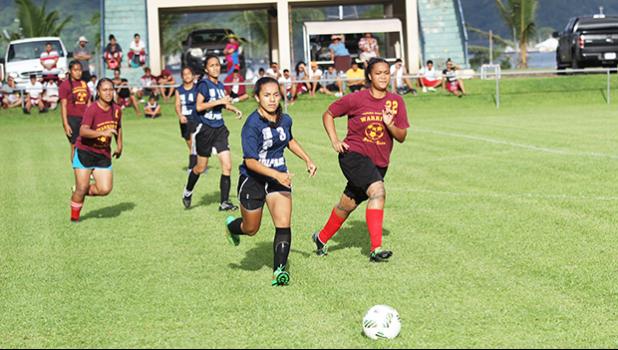 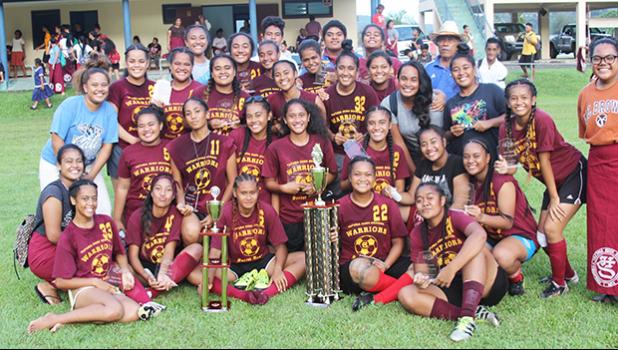 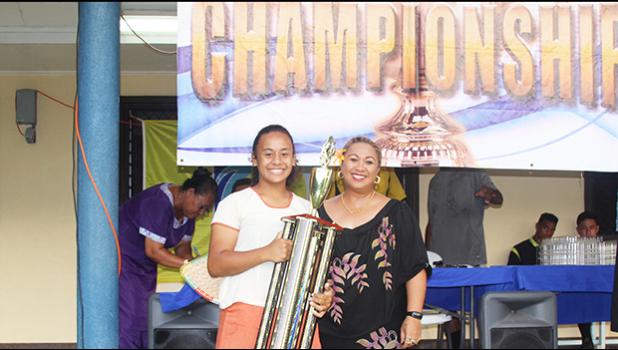 The Tafuna Warriors beat the SPA Dolphins 2-0 to win the ASHSAA girls’ varsity soccer championship, a journey from fourth place to first that saw them topple the competition’s top two teams in the playoffs.

“It was a great game and I want to thank all the schools for participating, especially the girls, for playing this sport of ours,” said FFAS Vice-President Sandra Fruean. “You are the future of our sport in women’s soccer, and I want you all to keep playing.

“For your information, we selected about 40 girls for our U-16 trials, and in the next few weeks we will announce our training squad for the upcoming OFC U-16 competition,” she added.

DOE Athletics Director Tumua Matu’u spoke on behalf of the education department, as well as her office.

“DOE would like to thank all the schools, the players, the fans, parents and students for their support of this competition,” she said. “We would also like to especially thank FFAS, because this is the only sports association that pays for the field markings, the referees and also the trophies. They make it easier on our sports budget every year.”

Elcy Lui of Tafuna was named the championship game’s MVP after scoring both goals in the final, one in each half.

The Warriors dominated territory, possession and shots on goal during the game.

But it was two great shots from outside the penalty area that did them in, with Lui’s first goal just beating the Dolphins goalie to the far post in the first half. The second goal in the final period was a chip shot that just went over the outstretched hands of the goalkeeper.

The Dolphins threatened to score three times, when Rapiel Fa’ata’a of SPA broke away all three times, but Tafuna’s goalie was able to collect the ball in her arms to keep her clean sheet intact.

“I want to thank the girls for their hard work all year long, and their commitment, and the spirit of never giving up,” Warriors’ coach, Tavita Tili, said. “This is a great win for the team, the school and the supporters.”

Tafuna has moved from fourth to second in the standings all season-long, but mostly among the bottom two spots of the four playoffs berths. They reached the No. 2 spot only once, albeit briefly, and spent most of March as the fourth seed.

But during the last two weeks of the season, and in the playoffs, they played as if they were the best team, thanks in part to the movement of J-V players up to the varsity squad. These players performed well during the championship game — Lui, Mercy Seui and Princess Tili to name a few.

Both SPA and Tafuna made the playoffs last year, losing to the Cougars and Faga’itua Vikings, respectively.

Tafuna has ended the private high schools streak of two straight championship titles in the girls’ varsity division. Fa’asao-Marist won it last year, and the Kanana Fou Stallions, who did not participate this year, won it the year before.