Varsity: Wildcats pull off the biggest upset of the ASHSAA football season 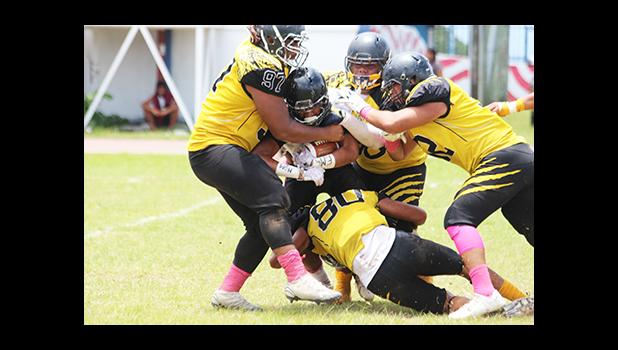 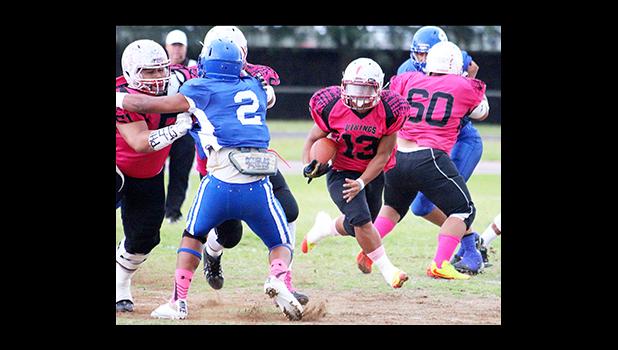 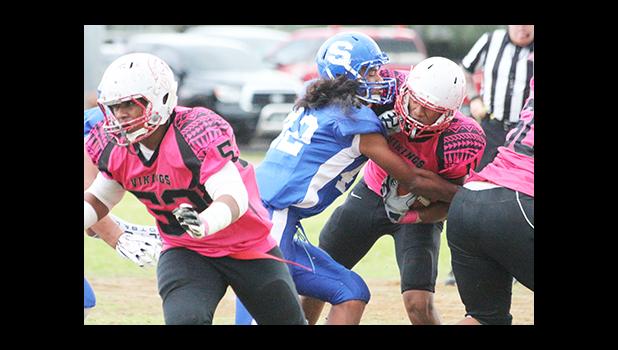 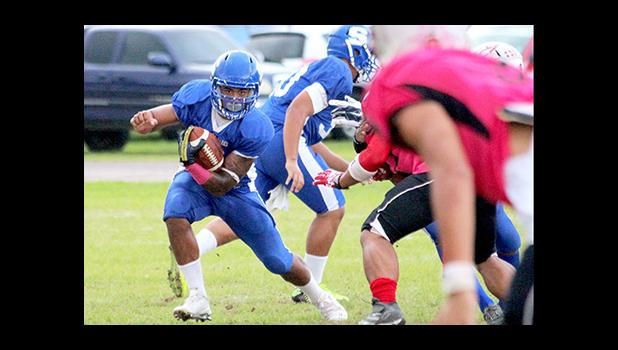 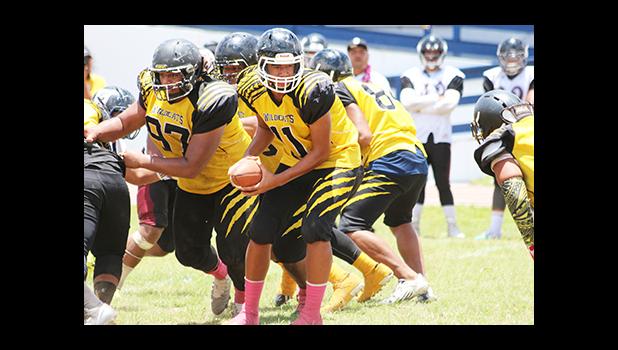 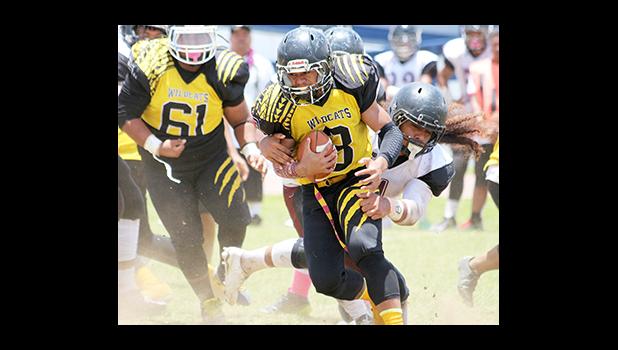 While Sharks stun the Vikings in two-point win
By
Tony Gasu
tony@samoanews.com

This past weekend’s American Samoa High School Athletic Association (ASHSAA) football league concluded regular season play – and playoffs are scheduled for this upcoming Saturday, as the Samoana Sharks face the Tafuna Warriors, and the Leone Lions coming back from a bye week will face the Faga’itua Vikings to determine this year’s ASHSAA Football Varsity championship game teams, after this past weekend’s action packed showdowns — which saw upsets in both Varsity games.

The No.1 seed Tafuna Warriors were stunned by the Nu’uuli Wildcats defense in their Senior Game, as they recorded the Warriors second loss of the season, a history making stat for the Wildcats in ASHSAA’s record books.

While not making the playoffs, Nu’uuli celebrated their first victory of the season,  a mighty win, and the biggest upset of the season, defeating the Warriors 28 - 20.

For the opening match up of ASHSAA Football Week No. 10, the Samoana Sharks shocked the Fagaitua Vikings in a stunning defense — and while nearly claiming victory again in the final half of a game, the Vikings missed their game winning field goal in the final quarter, sending the Sharks home with their third win of the season.

Sharks are in the playoffs and can certainly turn this victory against the Vikings as the power behind the ‘bite’ that can take the Warriors down in next week’s playoff game, and lead them to the Championship game.

The Home of the Wildcats celebrated a great finish to their season, after showcasing a defensive performance that rocked the Warrior Nation and their Senior Game last Saturday as the second game of the scheduled triple header. Even though this was their last game this year, the Wildcats left it all on the field, after a defensive effort that had the Warriors trailing into halftime.

Nu’uuli led through majority of the match, and it all started from a Fa’asau Mareko touchdown in the opening quarter of the game, sparked fire for Nu’uuli that build up even more into the match – 8:22 and Nu’uuli again converts for six after Meredith guided Hans Misa pass the goal line from a full house formation, Nu’uuli led 12 - 0 into the second quarter of play.

Late in the opening half of the game, and Tafuna finally answers to Nu’uuli’s two possession lead after Andrew Toilolo crossed the goal line with a 5-yard inside hand off from Sufia to record their first touchdown of the game.

In the third quarter of play, the Warriors came back and tied things off after Sufia aired a 42-yard touchdown pass to Puletu Fono who marched into the end zone for Tafuna’s second touchdown of the game. When the Warriors thought the Wildcats were out of gas – they were shocked to see Nu’uuli cross the plain to take the lead for the second time in the game.

Nu’uuli’s 3rd and 1 on Tafuna’s 8-yard line, Daniel Fano sends Mareko again up the middle to record his second touchdown of the game. Mareko who was unstoppable managed to come back and run in the two-point conversion to extend their lead.

In the closing half of the game, Sufia led the Warriors back to tie Nu’uuli again 20 - 20.

43 seconds remaining in the ball game and Nu’uuli was clearly ahead after Fano muscled in a 2-yard quarterback keep for six. Fano hustled his troops and dominated in the final play of the game – with Fano crossing the goal line again for two points, sealing the deal in this match as they ended their season on a high note, with a 28 - 20 victory.

Head Coach Pati Pati and his Samoana Sharks are looking stronger heading into play-offs, the perfect time for them to be at the hype level they’re at, coming back from two straight victories, and capitalizing in their win against the Vikings last Friday evening, as the opening game of ASHSAA Football Week No. 10.

This one started with a defensive effort by the Vikings Blessman Ta’ala and his pick-six – Samoana’s second down inside their own territory, a pass intended for Taufa’asau was picked off by Ta’ala at the line of scrimmage, and immediately booked it to the end zone for the opening touchdown of the game, a few minutes into the opening quarter of the match.

Samoana strikes back with a whiplash running game that pulled them into Vikings red zone – a second down conversion hand off to Moe Faleali’i scored the Sharks first touchdown of the game. Their field goal conversion was no good as Lelei’s kick hit the goal post, they trailed the Vikings by two.

Deuteronomy Tafaovale opened up the second half with the pick that started the Vikings threatening no-huddle attack, an attempt that carried that Vikings pass the goal line in the hands of John Muliaga – the extra point conversion in the hands of Vito Kitiona secured the lead for the Vikings.

Moe Faleali’i brought the Sharks back to life with two more touchdown runs to record three for the day – carrying the Sharks to ‘the’ two-point lead 24 - 22. Lelei’s field goal conversion for the extra point was denied by Ta’ala and the Vikings defense – ‘blocked’.

The clock wasn’t in favor of the Vikes near the closing of this one, and the Sharks will face the No.1 seed in the Varsity Division, Tafuna Warriors this Saturday after sending the Vike’s home with a two point loss.

Vikings still make the playoffs and will challenge the Lions for a championship game berth this Saturday too.