Tilali Scanlan heads to swimming world championships to finish off 2018 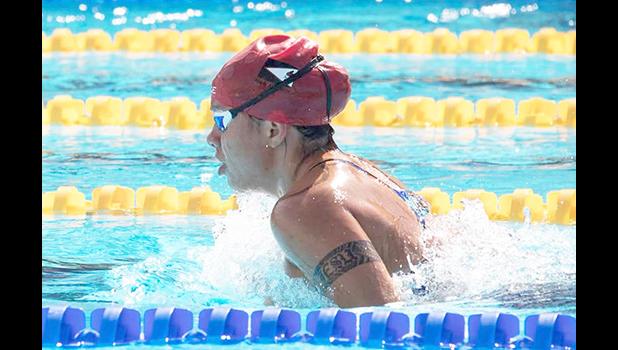 She competed in the New Zealand Short Course National Championships last month and earned personal records in both of the events she is slated to swim in China.

Tilali currently trains with the Dolphin Swimming Club in Suva, Fiji under the supervision of Head Coach Sharon Smith, who will be accompanying Tilali to China as her competition coach.

Tilali is currently studying Marine Science at the University of the South Pacific while training 20-30 hours for swimming per week. Her current training consists of a mix of swimming, strength gym work, and HIIT workouts. 4-6 hours per day, morning and afternoon, 5 days a week.

When asked about the upcoming competition, Tilali said, ‘I've been training and racing all year in Fiji with Dolphin Swimming Club under Sharon Smith and have gotten a lot of good experience competing locally and overseas in PNG and NZ. The last 5 months have been focused on preparing for my races at Short Course Worlds. I'm feeling stronger than my previous competitions, physically, mentally, and spiritually. I can do all things through Christ which strengthens me (Phillipians 4:13). This is my last competition of the year, and I hope to do my best times and put all the hard work into my races."

Tilali will return home after her competition where she will run swim clinics for local swimmers during her holiday break.