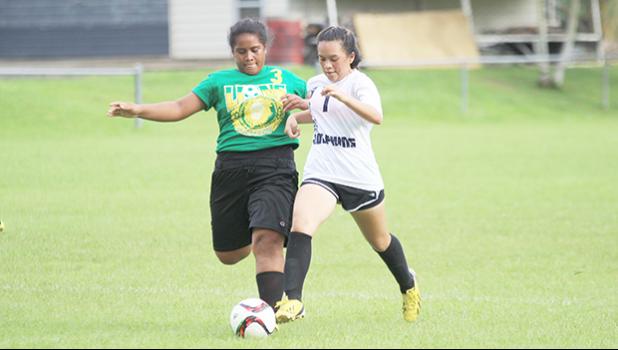 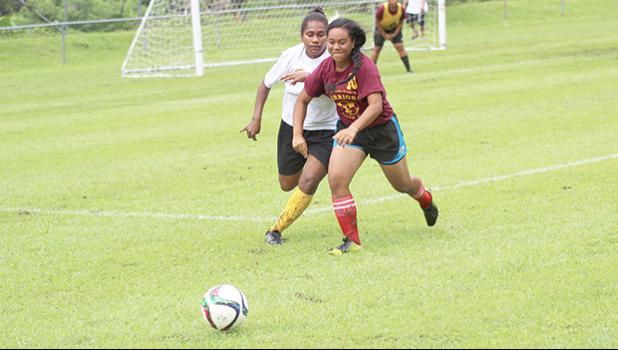 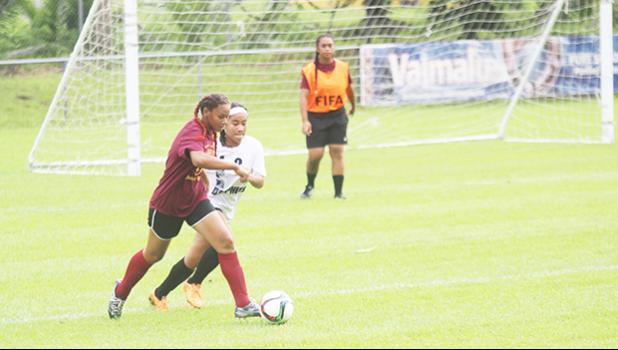 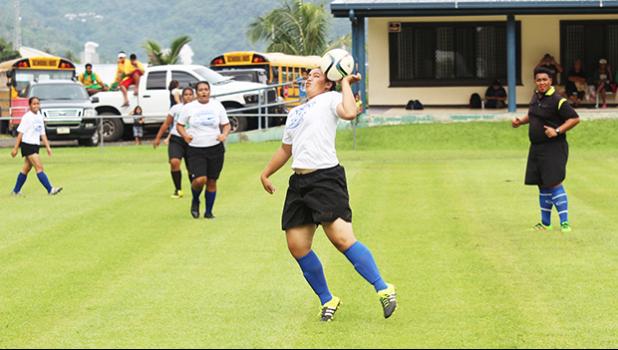 The Samoana vs. Fa’asao-Marist game scheduled for Feb. 8, 2017 was canceled because of inclement weather, and may be played at a later date if needed.

On Friday, Feb. 10, the Leone Lions take on the Tafuna Warriors in varsity and J-V action while on Saturday, Feb. 11; SPA takes on Faga’itua while the Lions face off against the Cougars in both varsity and J-V games, as well.

Leone scored first with Roselyn Faleao slotting in a penalty kick in the first half on Monday, Feb. 6, 2017 at Pago Park Soccer Stadium.

SPA started a comeback in that same half with Jessica Satele scoring the equalizer, and Rapiel Fa’ata’a with the game winner in the second period on a free kick attempt that found the back corner of the far post.

Faga’itua scored first with Fatima Pati dropping a free kick in the top corner, and just out of the reach goalie’s hands, of the far post.

Samoana’s Lei Amisone answered with a hat trick in the first half to help her team win 3- 1.

The Tafuna Warriors shocked the defending champions with a 2-0 win, thanks to a brace of goals from Mala Mataiao.

Playing up front, Mataiao was able to use her deft touch to score the two goals in the first half, and it turned out to be enough for the win.

Rapiel Fa’ata’a scored twice to help the Dolpins beat Tafuna in a game they never trailed. The third goal was an own goal by Tafuna.

Faga’itua led 2-0 in the first half before scoring the last half’s lone goal to complete the game’s final tally.

Tafuna scored first thanks to a penalty kick converted by Elsy Lui, and they kept their 1-0 lead after Fa’asao-Marist missed a PK of their own after a scoreless first half.

Olivia Vaiomounga led the comeback for the defending champions by scoring two goals, including the game winning PK, to edge Tafuna 2-1 late in the game.