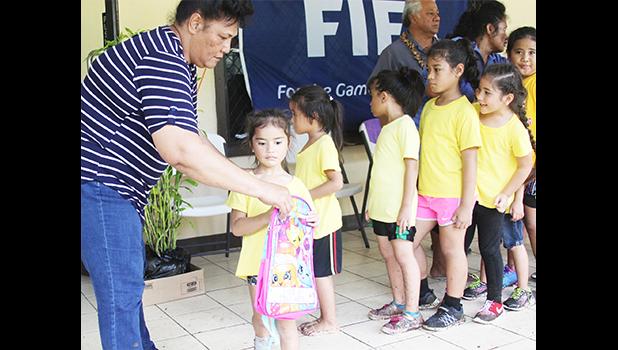 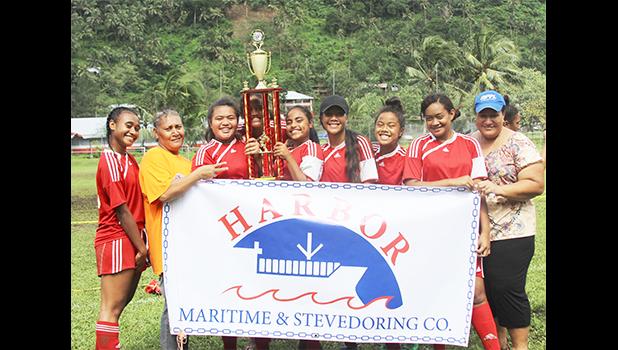 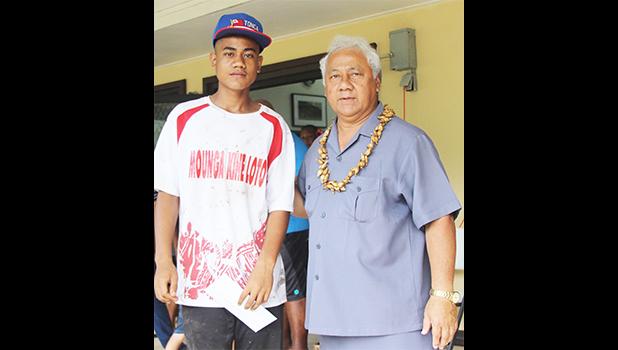 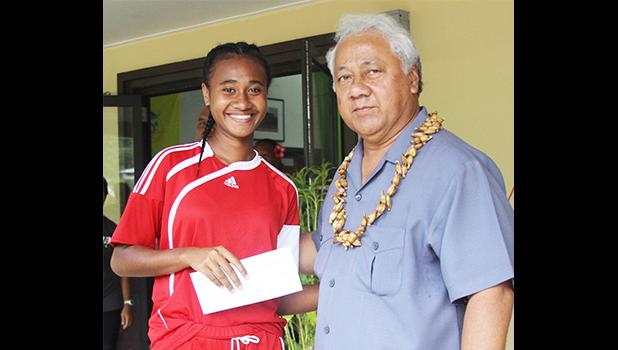 Hundreds of school supplies such as notebooks, pencils, line paper and school bags were handed out to more than 500 participants of the 2017 FFAS Summer Youth League that ended on July 15, 2017.

Besides the school supplies, pizzas were given out to the 62 teams from 11 clubs for a near total of 750 players, a record number for the FFAS’ annual competition for children ages 4-15.

“This tournament is a great success every year, but I think this one tops it all in terms of numbers,” explained FFAS President, Sen. Faiivae Iuli Alex Godinet. “Players are coming from all over the island to participate, and we encourage them all to join one of our 12 clubs.”

“Our president, executive committee and association would like to thank Forsgren’s at Laufou for helping us with our school supplies, and Tropical Pizza for the pizzas this year,” said CEO Tavita Taumua. “Adding pizzas to this was a big job, and they told me so, but they were able to come through for us. As for our school supplies, Forsgren’s store and their employees were extremely helpful in getting our order together.”

“We decided that these players are old enough and strong enough to compete in our National Leagues, and also some of our major problems occur from this age group,” Faiivae pointed out.

The age divisions were 4-6 mixed, 7-9 mixed, 10-12 and 13-15 boys and girls, with the latter the only competitive group. The 13-15 players did not receive school supplies, but their teams played for monetary prizes.

Vaiala Tongan swept the boys’ and girls’ 13-15 age group by winning their divisions in a league-format competition, based on most points scored after the round-robin.

Pago Youth finished second in the boys division, followed by Royal Puma and the Tafuna Jets in fourth place. Pauli Afu of Vaiala Tongan was named MVP of the division.

Finishing second to Vaiala Tongan in the girls’ bracket was Taputimu Youth, followed by Green Bay in third place, and Ilaoa & To’omata rounded out fourth place. Elcy Lui of Vaiala Tongan was named MVP of the division, an award she has received in this competition for the second year running.