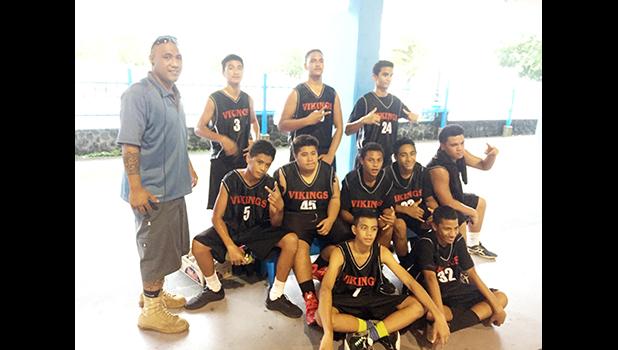 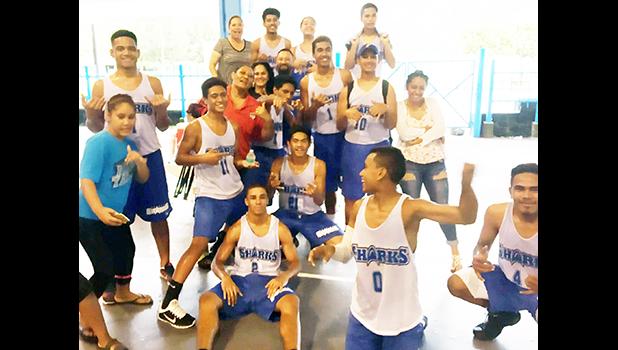 The match up of the two teams in this year’s American Samoa High School Athletic Association (ASHSAA) Boys Junior Varsity Basketball division took place this past Tuesday evening at the Samoana High Gymnasium where the Samoana Sharks defeated the Fagaitua Vikings severely by 45-7.

Both teams have two more games coming up this week before the playoffs that will start next week.

The game started with the Vikings going in strong, working as a team, passing the ball and making scores in the first quarter but the Sharks were just waiting with unstoppable plays to defeat them.

Despite a ‘misunderstanding’ in the 3rd quarter with those who were off the court and on the court, both teams remained focused to represent their schools well by displaying great sportsmanship with one another and continuing to cheer for each other.

Coach Afati of the Fagaitua Vikings JV Basketball team told Samoa News, “I’m glad the referee made fair and good calls in this game, because my team did play well and fair too, it was a good game.”

“…There are no MVP’s in my team because they are all MVPs. I’m proud of them and are ready for playoffs,” said Coach Wayne Ames of the Samoana Sharks JV Basketball team.

Unfortunately the Varsity teams Samoana and South Pacific Academy were scheduled to play after the JV’s division but it was postponed to another evening.