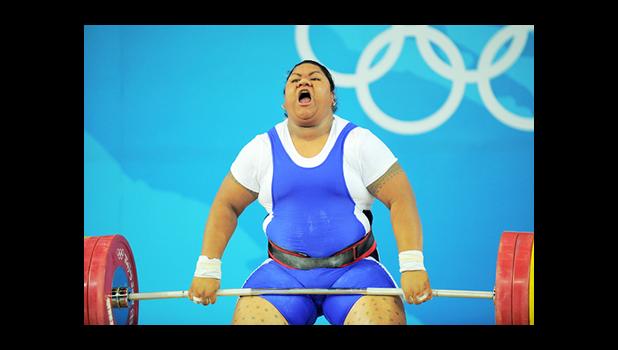 Apia, SAMOA — “I can’t say anything until its official so I’m sorry but I can’t comment,” said the President of the Samoa Weightlifting Federation, Tuaopepe Jerry Wallwork, in response to Samoa News questions, following reports that Ele Opeloge may be the first Samoa competitor to receive an Olympic medal after one of her competitors failed the doping test.

The Samoa weightlifter is now assured of winning an Olympic medal, as Opeloge finished in fourth place in the women's Over 75kg division at the 2008 Beijing Games. Last year, bronze medalist, Mariya Grabovetskaya from Kazakhstan, tested positive for banned substances.

According to Radio New Zealand the IOC announced the decisions in the latest sanctions imposed on athletes whose stored samples came back positive after being retested with improved methods.

Tuaopepe while declining to comment however told RNZI the prolonged wait has been frustrating for all involved. “It is very disappointing that after a few years we still may wait again another couple more months or a couple more weeks," he said from Penang, where the Commonwealth Weightlifting Championships are being held this weekend.

I'm really just hoping that it will come out anytime soon. Samoa is very anxious and Ele is very anxious. It's history for us — to win a silver medal at the Olympic Games is something great and I just hope that they confirm it too,” Tuaopepe said.

RNZI also reported that Olha Korobka and Mariya Grabovetskaya both took their cases to the Court of Arbitration for the Sport, but Tuaopepe said he has been told by officials from the International Weightlifting Federation the lifters failed both their A and B sample tests, with a final announcement on Grabovetskaya expected soon.

The doping scandal surrounding Olympic Games’ competitors resulted in the majority of Russian participants being banned from the 2016 Rio Games. The International Olympic Committee has said it will continue to ‘retest’ doping samples as per investigation into the scandal that has rocked the Olympic world of sports.