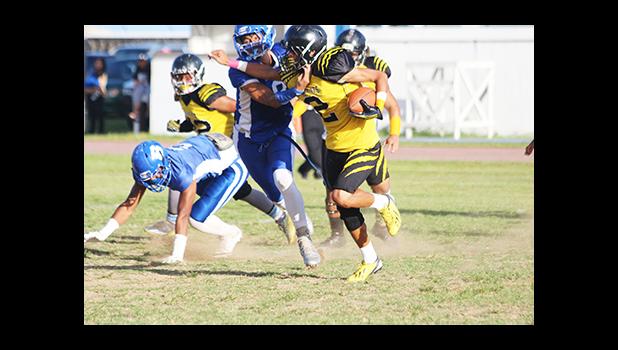 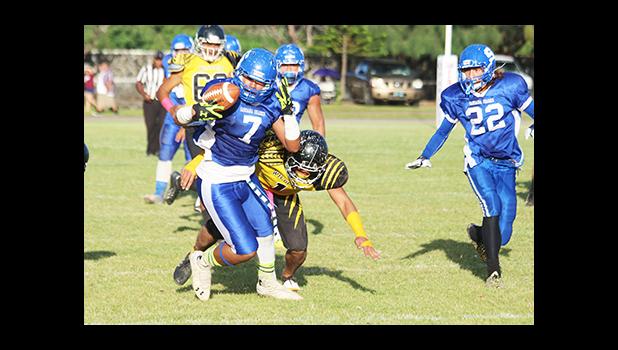 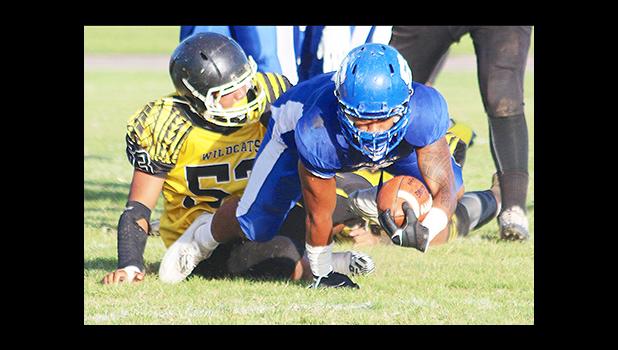 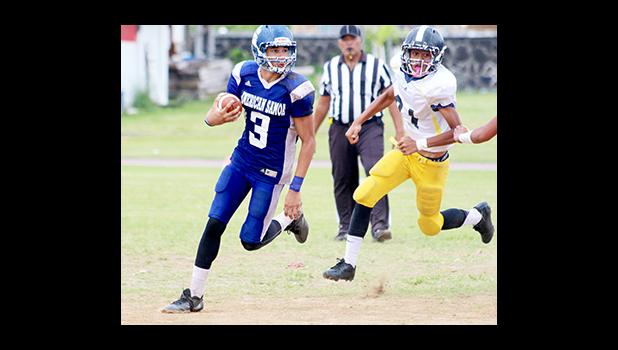 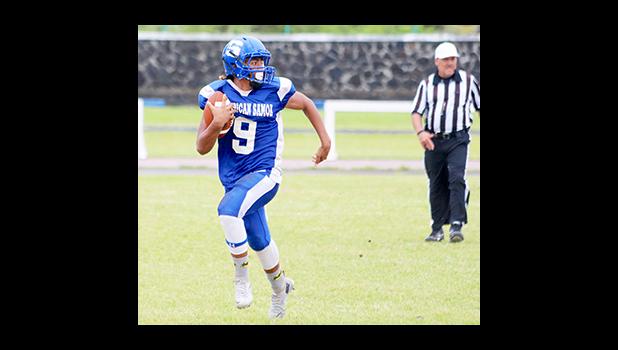 This past weekend at the Veterans Memorial Stadium, the American Samoa High School Athletic Association (ASHSAA) went onto the 11th week of high school football action – the ‘Home of the Wildcats’ going out in style, as their Senior Game will be one to remember.

Led by Head Coach Tupa’i Rod Atafua, the Wildcats who were winless throughout the opening round of competition, managed to walk out of this year’s season with their heads up high after slaying two of the top teams in the division in their final two games of regular season.

Coming back from a shocking 28 - 20 win against the No.1 seed in the Varsity Division, Tafuna Warriors two weeks ago – Nu’uuli came back last weekend and capitalized in their final appearance of this year’s ASHSAA Football Season, when they sent the Sharks home with a 16 - 6 loss leading up to this year’s play-offs.

Sadly for the Wildcats, even though they came through in their final dual showdowns – they still weren’t able to fit into the play-offs according to stats and where they stand — they are the lowest ranked team in the division. A late bloomer for Nu’uuli that should’ve blossomed when it counted sprouted a bit too late – nevertheless, this is a year that’ll live on in history at the ‘Home of the Wildcats’.

In the Junior Varsity Division, the Wildcats No.1 contending JV squad came up short in their final performance of this year’s season – after being shut out by Anthony Feala and the Samoana Sharks with the unstoppable ‘Sharkies Air Attack’.

Even the explosive Iosefa Mauga wasn’t able to maneuver, as Samoana’s defensive unit had him on lock from every corner of the field. Coming back from a loss against the Warriors two weeks ago, the Wildcats were disappointed to go out of the season with a loss in their final JV performance of the year.

The opening match of the 11th week of football action kicked off last Friday evening with both sidelines being introduced for their Senior Games of the season — they are the last two football programs to host their senior introductions for this year.

The Sharks were the first to crack the egg after a stunning footwork performance by Moses Samia, who broke loose from Nu’uuli’s 15-yard line – a daring 4th and long situation for Samoana, catching the Wildcats off-guard when they focused on the short yardage pass to prevent a first down, but ended up being disappointed when Samia juked his way around Nu’uuli’s defensive core to score the opening touchdown of the game, with only 6:15 into the opening quarter of the match.

Their field goal conversion by Elliot Lelei was unsuccessful after Lelei kicked it far left.

Leading the desperate call for Nu’uuli on the way back into the Sharks territory was Fa’asau Mareko who broke loose from within their own 17-yard line, and spotted a huge opportunity for the Wildcats on Samoana’s 37-yard line. The Wildcats offense led by Daniel Fano were disappointed to see their series first three downs all shy of the first down marker.

Until a daring fourth and long situation for Nu’uuli turned out big when Fano faked the inside hand off to Branson Pualau, and rolled out to send a shovel pass to Hans Misa – who was forced out of bounds at the Sharks 1-yard line by Fa’au Seumanutafa.

Their first and goal on Samoana’s 1-yard line saw Wildcats Fano muscling the ball passing the goal line, as he patiently waited for his o-line to move the wall forward to some running space. Nu’uuli was clearly ahead by two points after Fano walked in the two-point conversion for the Wildcats, as they were up 8 - 6 in the first half of play with only 39 seconds remaining in the second quarter of action.

Fa’asau Mareko, along with the help of Misa and the Wildcats offensive unit managed to punch in another six points midway through the second half of play – their two-point conversion in the hands of Fano was good, as the crowd went wild from both ends of the field.

Tensions started to build during the closing of this match – luckily Head Official Joe Twitty ended this ball game before it erupted into a brawl, as both sidelines were on the track. Nu’uuli nevertheless still came out being the victor of this match, as they ended their season with a 16 - 6 victory over Samoana.

Samoana’s offensive unit didn’t hesitate to put up their first six points of the match, early in the opening quarter – Anthony Feala lured the defensive to play zone after a sharp short precision passing performance that set-up their running game that resulted in their first TD of the match.

Samoana’s threatening second down possessions inside Nu’uuli territory, and Feala sent Kobe Lefiti straight up the middle with the opening touchdown of the game – Lefiti crossed the plain for their two-point conversion to take an early 8-point lead over the Wildcats in the opening quarter of the match.

Midway through the opening half of play — Nu’uuli’s quarterback John ‘Cocoa’ Fano looked backfield to pitch the ball out to Iosefa Mauga, a pitch that went a bit too far from Mauga’s reach, and ended up in the hands of Afa Te’o of the Sharks, as he swooped up that fumble and took it all the way back for another Samoana touchdown.

Their two-point conversion was a short pass from Feala to his tight end for another successful two-point attempt.

Nu’uuli kept shooting themselves in the foot after going on long drives, and turning the ball over on down and were heartbroken to see the clock run down against them in this one, as they lost against the Sharks in their final run of the season 18 - 0.