With Samoa allowing flights into the country for citizens stranded in N.Z and easing stay at home rules, I think America Samoa should ...
Do the same
40%
Only ease stay at home rules
11%
Keep things the way they are
49%
Total votes: 300
Home 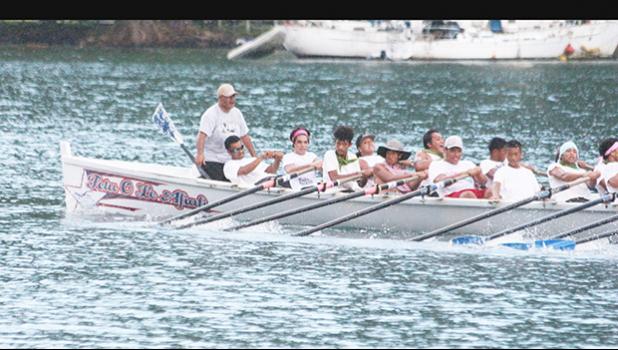 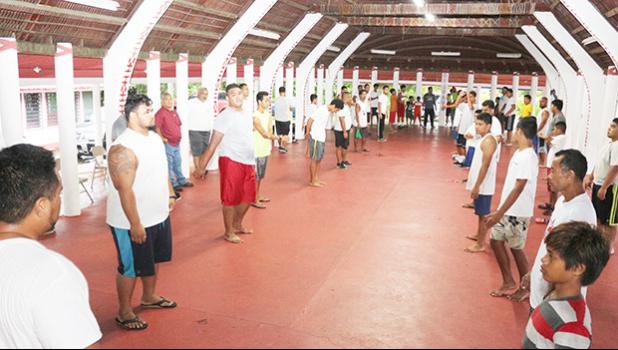 The village of Faga’alu are bringing out the youngest core of competitors for this year’s Faigamea i le Tai – to represent their village in the 2017 Flag Day Fautasi Regatta — to power the Fetu Ole Afiafi. According to skipper Manutafea I. Fano, Faga’alu’s focus and goal leading up to this years race, is solely based on the youth of the village and their future in the sport.

Leading the Fetu Ole Afiafi as captain and skipper for his third time, is Manutafea I. Fano, who led Faga’alu’s pride and joy during the past DOC fautasi races – but this will be his first at taking the helm during the Faigamea o le Tai for a Flag Day Fautasi competition.

Samoa News spoke to Manutafea yesterday at their family guest house in Faga’alu where the aumaga and the Fetu Ole Afiafi crew are being hosted. He said that their crew is ready and prepared for the upcoming race and the “auva’a is fully prepared to honor and celebrate the 2017 Flag Raising celebration for Tutuila and Manu’a – we’re ready both physically and mentally.”

According to Manutafea, the village of Faga’alu and the Fetu Ole Afiafi crew have been in preparation for about four to five weeks. “I believe that all the methods and strategies we’re using in preparing out auva’a is solely based on conditioning, hard work, and honesty.”

He said, “I know all our trainings and practices are all based on fitness – it doesn’t matter how experienced or new the auva’a is, but the focus of it all depends on the stamina, fitness, and strength of the crew.”

Manutafea told Samoa News that as of now, the Fetu Ole Afiafi crew comprises 46 rowers, and “compared to last year and the past years, the Fetu Ole Afiafi and the aumaga are prepared to showcase the ‘huge’ change within our group this year” — as he spoke on how young his crew members are.

The Fagaalu skipper said, “A lot of our old and experienced rowers have retired from taking up seats on the Fetu Ole Afiafi, as they have given a chance to the young youth of the village — with our focus mainly on them, and the future of the Fetu Ole Afiafi within the sport of fautasi racing.”

He added, the “majority of our auva’a consists of students who are in the high school and elementary level — but we have some experienced rowers back this year, to teach the knowledge of rowing to our young generation coming up, who’ll be representing Faga’alu during the day of the race.”

Manutafea told Samoa News that with their focus on village youth, they are “bringing them into the aumaga, and protecting them from being victims of drugs and alcohol.”

“Our wish is to have the youth of our village come together, to form a stronger bond and relationship within our aumaga – as they are the future of our village, our aumaga, as well as our auva’a. They will grow up with the experience that they’re now learning, and they will come in handy when the time comes,” he said.

Of this year’s Flag Day Fautasi Race, Manutafea asks the committee to “please do the right thing – make the right calls and may Tutuila and Manu’a enjoy and be entertained with this year’s Faigamea i le Tai.”

Concluding his remarks, Manutafea said, “I would first of all like to thank the father of our village, ‘Le Afio o le Afioga i le Maopu, susu le Nofofanau ma fetalaiga ia Uso ma Fa’ateliga, ia e le gata i lea o si o matou nu’u o Faga’alu’ – for having faith in me and giving me another chance to lead our aumaga and the Fetu Ole Afiafi.”

He concluded, “My sincerest thanks and acknowledgements also goes out to our families here and abroad – Faga’alu village members across the globe, who are praying and rooting for us this year, last but not the least is our thank you to the pastors and reverends of our village who are praying for us.”