Danny Shelton lifted boulders in Samoa for his offseason workouts 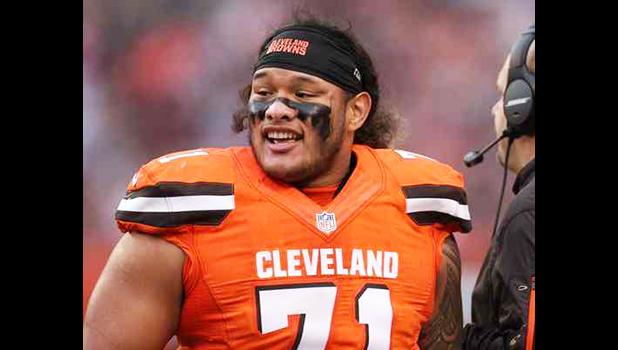 Browns defensive tackle Danny Shelton has been lifting more than just barbells and dumbbells since the moment he officially became an NFL player, when he stepped on stage at the NFL draft, bear hugged Roger Goodell and hoisted him into the air. So it should come as no surprise that Shelton’s offseason workouts featured some odd-object lifting that most people wouldn’t dare try.

Shelton was in Samoa, where he lived for much of his childhood, and as he didn’t have access to traditional NFL training facilities, he and his trainer, Pene Talamaivao, improvised with lava boulders. Talamaivao said people were so impressed by the size of the rocks Shelton was lifting that gawkers driving by would stop and watch.

“We caused a slow traffic jam because they were watching us training and they didn’t understand what we were doing out there,” Talamaivao told Nate Ulrich of the Akron Beacon Journal. “I mean you see this big guy with a hulky body, with long hair, running around doing drills they’ve never seen before. It caused a slow down.”

Shelton said he slimmed down from 355 pounds to 335 pounds this offseason, and the old-school training was the reason.