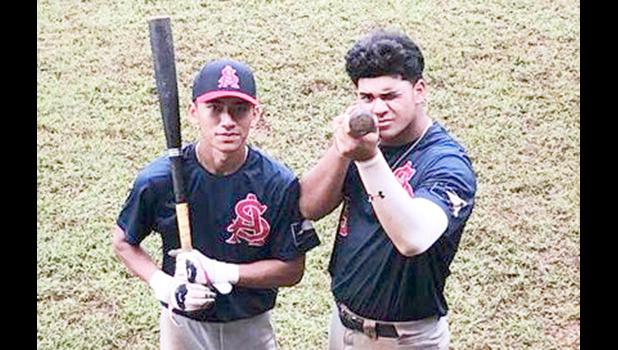 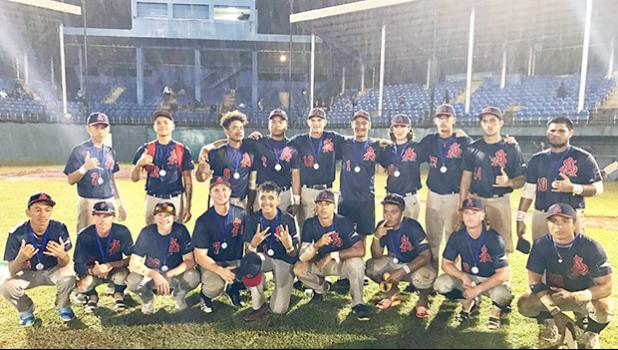 Pago Pago, AMERICAN SAMOA — An undefeated Team Amerika Samoa will be bringing home the silver this week, after dropping to Australia at the BCO (Baseball Confederation of Oceania) Under 18 regional elimination tournament in Agana, Guam.

According to team chaperone Malopao Dr. Agnes Nikolao, "The steady fall of rain during the 4th inning of the championship game between Australia and American Samoa was the cause of stopping the game. Since there were not enough innings played during the championship game for it to be considered an official game, tournament officials decided to use the playoff round semi-final scores between American Samoa and Australia as the deciding factor."

Only hours before the Championship game, American Samoa played — and beat — Guam to advance to the tournament playoff rounds. Earlier in the week during the round robin, American Samoa was undefeated.

Their first game against Palau was a lopsided 13-2 beating; followed by a 5-4 victory against the highly ranked Aussies, who would later come back to haunt them. Australia is ranked #7 in the world.

In their third game, Team Amerika Samoa was victorious over Team New Zealand, 8-4. They went on to defeat the host country, Guam, 7-6 in perhaps their most exciting game of all.

"In a dramatic turn of events, American Samoa rallies from a 6-1 deficit after four innings and surges in the top of the fifth for an eventual 7-6 victory," reported Pacific Daily News. "Mauai Villaruz slams a towering 3-run home run over the scoreboard to tie the game at 6-6 in the top of the fifth, then scores the go-ahead run moments later. Guam gets a man on base in the bottom of the fifth but finishes quietly. American Samoa improves to 4-0 while Guam drops to 1-3 at the U18 Oceania Baseball Championships at the Paseo Stadium."

Following the round robin, Team Amerika Samoa played Australia and was shut out, 0-16. The Aussies came to play, avenging their earlier loss to American Samoa. With that win, Australia qualified for the final.

Guam eliminated New Zealand 11-6 and moved on to battle American Samoa for a spot in the championship game. Team Amerika Samoa did well, defeating Guam 15-6 to advance.

With their championship win, Australia now moves on to represent Oceania at the World Baseball Championship next year, in Korea — all expenses paid.

Despite their disappointing loss, Team Amerika Samoa — in their short time in Guam — captured the hearts of the locals, and the eyes of scouts who witnessed the action this past week.

The U18 National Baseball Team is made up of 10 off-island and 10 local players, led by Brigham Young University assistant baseball coach Brent Haring, assisted by long-time American Samoa baseball coach J. Victor Langkilde and his eldest son, Joseph Langkilde (a team assistant with BYU baseball), and Dave Eldredge from Hawaii.