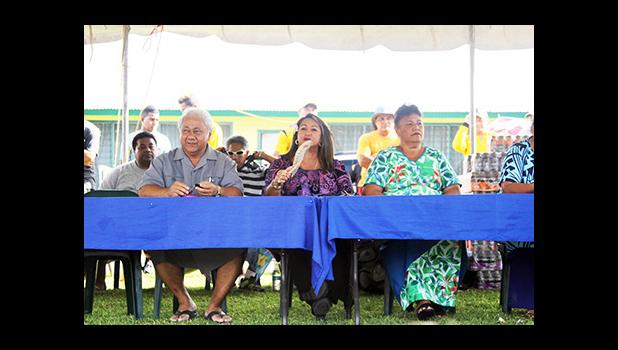 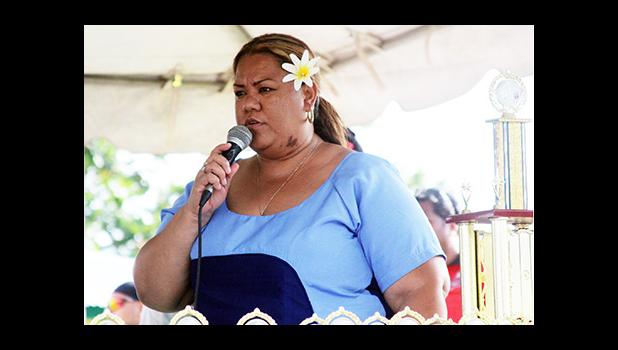 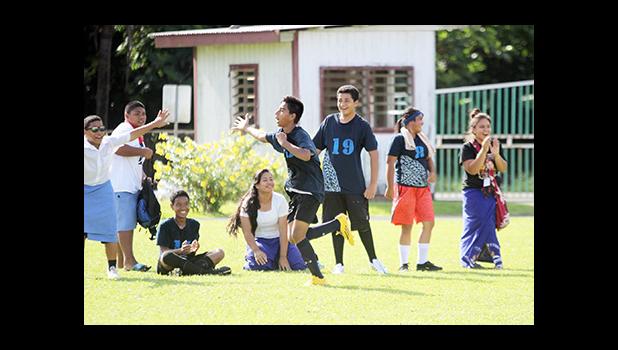 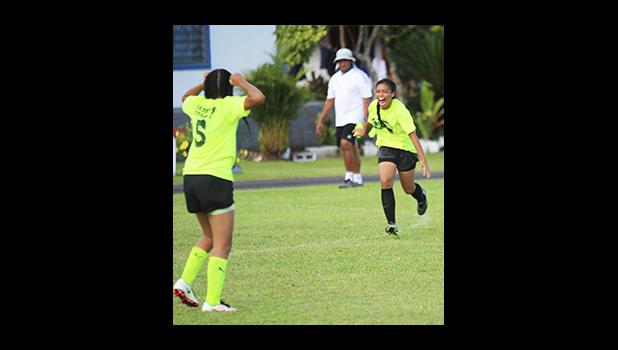 “Remember, the outline focus (of this league) is for our schools to come together and share in the love of soccer,” Liza Sauni, Kanana Fou school principal said during the closing of the FFAS 2016 FFAS Private Elementary Schools Soccer League.

“As long as Football Federation American Samoa is here, we want to utilize our time to promote our game for the young players, the young students,” said FFAS President, Faiivae Iuli Alex Godinet. “This game is for them to spend time outside to exercise as well as develop soccer in our territory.”

The competition closed on Tuesday, Nov. 22, 2016 with the championship games held for all four divisions. FFAS Vice-President, Sandra Fruean, and FIFA Council member, was introduced to the crowd and thanked all involved for another successful league.

Faiivae, Fruean, and executive committee members Saili Ott, Amio Mavaega-Luvu, presented each of the eight participating schools with a check of $500.00 each. All 14 teams of the Levels 1-2 competition received a trophy, along with the top four spots for the older divisions. Each team from all three age categories went home with one case of Powerade, and a case of chips.

“We want to thank Faiivae, Tavita (Taumua) and FFAS for a great competition this year,” Sauni said. “We are very thankful for including the Level 1-2 cluster, because of the need to be more inclusive and the anticipation of our children to be a part of this sport. So far we have only two more private (elementary) schools on island who have yet to join the league. We will continue to extend the invitations to promote this fellowship, good sportsmanship, and a healthy active interest that our students can take part in.”“It is a growing competition, and we want to thank the CCCAS organization and the Kanana Fou Seminary for allowing us to use their field for this competition,” Faiivae explained. “They are supportive of us and our competition every year, so we thank them for allowing us use of the field and also the Seminary for their assistance as well.”

“A day after the league ended, my staff and I discussed improvements for next year, and have come up with new ideas that we will work on for 2017,” Taumua explained. “I think there are only a few more things to add, and change to improve such as the goal posts for the younger levels, and also to try and level the competition by combining two grades together instead of three.”

“Special thanks to our players,” Sauni added. “Congratulations all students, you are all winners. Lastly, thank you to all the school principals, and school leaders for keeping this league going.”

Sauni, Faiivae, Fruean and Taumua gave special thanks to the parents as well for their support.

“Thank you parents teachers and coaches for the tremendous support and encouragement for all our students,” Sauni said. “Thank you for promoting good sportsmanship and friendship among our children, even though our competitive nature tends to be out of control at times, but we thank you for keeping the peace and promoting good, friendly games among our schools.”

“A big fa’afetai goes out to our sponsors GHC Reid & Co. for their help with the cases of Powerade, and to KS Mart for sponsoring the Boys’ 6-8, top four trophies,” Taumua said. “Happy Thanksgiving and we’ll see you next year.”