Stick your nose where it belongs, thank you 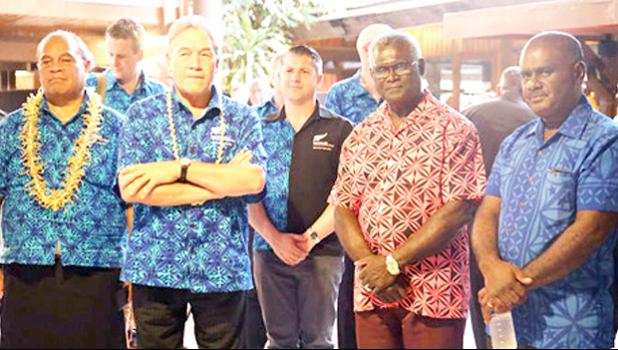 Apia, SAMOA — Have to hand it to NZ Deputy PM Winston Peters for standing up to a manipulating media over plans by Samoa to build a new wharf at Vaiusu Bay.

'We don't tell them what to do', Winston Peters told off the NZ media who were obviously trying to stir up reaction to the “ multi-million dollar Chinese funded port” Samoa wants.

Here’s highlights of the report by New Zealand One News reporter Barbara Dreaver:

Samoa is planning a large-scale Chinese-funded port costing hundreds of millions of dollars.

The new port, at Vaiusu Bay, would have separate areas for cruise ships, container ships and fishing boats.

In an exclusive interview, Samoa's Prime Minister Tuilaepa Sailele Malialegaoi told 1 News that it's crucial the new port be built as soon as possible as the current one is small, heavily congested and subjected to heavy swells during the first six months of the year.

He said Japan turned down Samoa’s request and given the huge scale of the project no other countries are keen to be on board.

However, China has agreed pending a final feasibility study.

Peters told the NZ media, who was asking for a reaction to the “multi-million dollar Chinese funded port” Samoa wants, "The Samoan government is a sovereign nation … we don't tell them what to do.”