Samoans pay their respects to deputy head of state Tuiloma 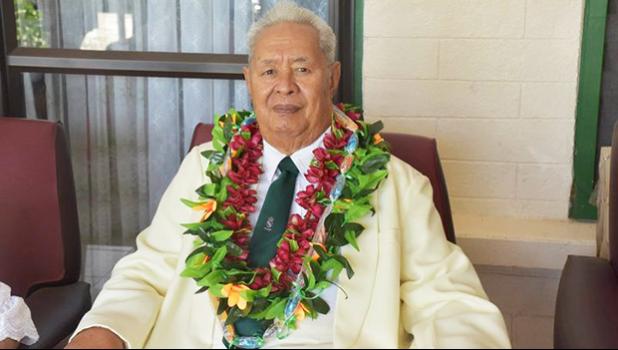 The funeral was held at Parliament house led by Samoa's National Council of Churches followed by his burial at Alafua.

Tuiloma, a deputy head of state and one of the longest serving politicians and public servants in Samoa, died last week at the age of 83.

Our correspondent Autagavaia Tipi Autagavaia said the state funeral was befitting of a man of his standing in the community.

"He's been a politician for over 25 years. He's a public servant, one of the longest serving public servants because by profession he's an accountant. He was the chairman of the parliamentary accounts committee a position he held for many years in his life as a member of parliament," said Autagavaia Tipi Autagavaia.

Meanwhile, Tuiloma's nephew, Blake Silimaka Wong-Ling, said he was a very hard working man who lived by the principles of loyalty and service.

He said he did a lot in his lifetime and taught his family the importance of working hard and doing your best.

Blake Silimaka Wong-Ling said his uncle will be dearly missed by the family, especially his children and grandchildren.

The government declared the day a national holiday and all flags were flown at half mast.