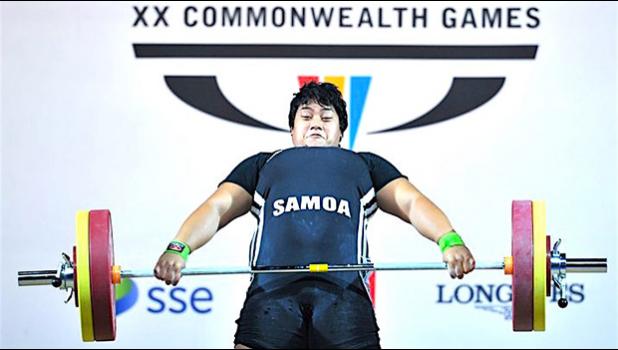 Apia, SAMOA — Samoan weightlifter Iuniarra Sipaia has been cleared of any wrongdoing after mistakenly taking a banned substance.

But the decision by the International Weightlifting Federation has come too late for the 24-year-old to compete at the Commonwealth Games.

Iuniarra Sipaia was originally banned for using triamcinolone acetonide at the Asian Indoor and Martial Arts Games in September.

The Samoa Weightifting Federation appealed, saying they had been using the drug to treat injuries for years and were not made aware the rules had changed.

Federation President Jerry Wallwork said it was a relief Sipaia's name had been cleared.

"For this to come up it was surprising, it was hard to accept but I'm very happy it went our way. It's been reversed and she's been cleared," Wallwork said.

"For the athlete especially, I'm happy for her sake because like I said from the start, she's innocent. She had nothing to do with anything and I'm very happy for her sake she can get back to training and start competing," he said.

As soon as he received the federation's email that cleared the athlete on Wednesday, Wallwork said he called Sipaia.

The ban denied the weightlifter the chance to defend her title at last year's Pacific Mini Games in Vanuatu and her absence from the Gold Coast caused further disappointment for the athlete and the team, he said.

"For her, this would have been her time if she was at her peak. So to miss out on the Commonwealth Games, it's one of the pinnacles of her career, she was looking forward to it, it's a huge setback for her and for us too, to be here and not have her as part of the team," Wallwork said.

Samoa have six lifters competing on the Gold Coast and Wallwork said they intended to use the good news as extra motivation over the coming days.

The doctor who administered the injections of the banned substance was no longer a part of their team, he said.