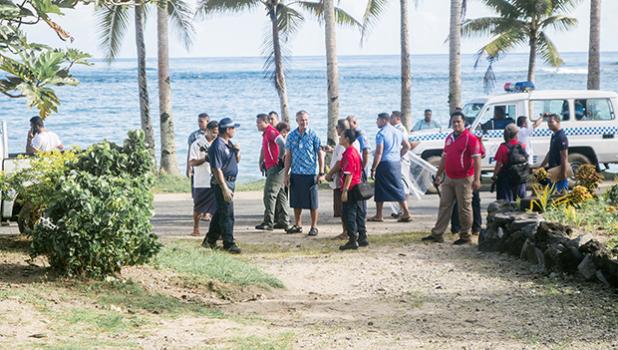 Apia, SAMOA — The Samoa Police Service has issued a statement confirming the severity of the attack against Police officers when they were called to Luatuanu’u to resolve a conflict there, last month.

According to a statement issued to the Weekend Observer, the Police estimate that $10,000 is the cost of damages to Police and private vehicles as result of the road block at the village.

The Police also claim they were shot at when they arrived, among other claims.

The Police statement is published verbatim below:

“The Samoa Police Service (S.P.S.) is continuing its investigation into the incidents that occurred in the village of Luatuanuu during the weekend from Saturday, 17 March 2018 through Monday, 19 March 2018.

During this period, the S.P.S. received numerous calls from the members of the public reporting that Luatuanu'u youths, armed with sticks and stones and with their faces concealed with pieces of clothing, were blocking the main road, searching their vehicles, and threatening the occupants of these vehicles; further, there were reports of stones being thrown at passing vehicles.

The pulenu'u insisted that he will handle the issue.

Unfortunately, the next day, Sunday evening, 18 March 2018, members of the public, again, reported that their vehicles were being illegally stopped, searched, and the occupants harassed and threatened by unidentified persons on the main road in the village of Luatuanu'u.

Police, again, responded and met with the same pulenu’u to assist in de-escalating the matter and, again, the pulenu’u advised the police officers to leave the matter to their village council to handle and resolve.