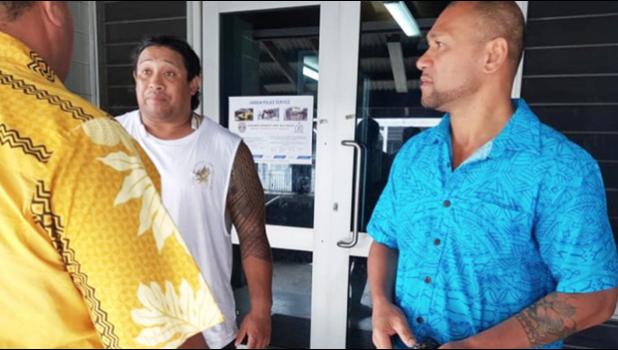 The confirmation from the Police was issued after Mr. Paulo spent Friday night in Police custody following his arrest at the S.N.P.F. Plaza that afternoon. He was released yesterday afternoon to attend his mother’s funeral, but only after he surrendered his passport.

Mr. Paulo who lives in Australia and holds a New Zealand passport arrived on Thursday.

“Because of public interest and media enquiries received, the Samoa Police Service (‘SPS’) can confirm that a Mr Malele Atofu Paulo (m) 45 years of Vailoa Aleipata, has been charged pursuant to section 117A of the Crime Act, with making False Statements with the intention of causing harm to a member of our Samoan communities' reputation, by defaming them,” the Police statement said.

“Police investigations started in August 2018 when a complaint was filed by Tuilaepa Dr. Sa’ilele Malielegaoi with police in relation to alleged defamatory statements, made by the defendant.”

The Police said Mr. Paulo had publicly said “that the complainant, committed murder, corruption, theft, gun smuggling and other statements that are strongly denied by the complainant.