Samoa PM to King Faipopo: Bring on your witnesses 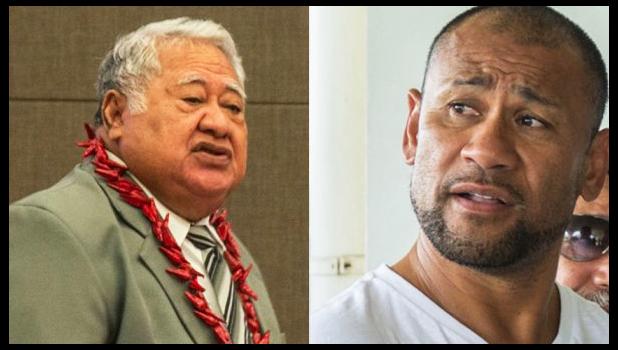 Apia, SAMOA — Prime Minister, Tuilaepa Dr. Sa’ilele Malielegaoi, says the man who accused him of “murder, corruption and gun smuggling” among other things will finally have his day in Court.

He was referring to Paulo Malele, who is better known as “King Faipopo,” whom the Police arrested and charged last week for making false statements.

“He (Malele) will have his day in Court to bring all his witnesses to testify to determine, whether I committed such crimes,” Tuilaepa said.

“It is pointless for me to be in office when this person is saying I am a murderer."

"Even a house gecko I can’t kill it, I just can’t do that, only people who do not fear God do those unspeakable things.”

The defendant lives in Australia but came to Samoa for his mother’s funeral, when he was detained by the Police and taken in for questioning.

According to the Police, their investigation started in August last year, when a complaint was lodged by the Prime Minister in relation to alleged defamatory statements made by the defendant.

The Police said Mr. Paulo – through YouTube videos – made public statements accusing the Prime Minister of “committing murder, corruption, theft, gun smuggling and other statements that are strongly denied by the complainant."

Malolo has been remanded at liberty and is scheduled to appear before the Court on March 5.