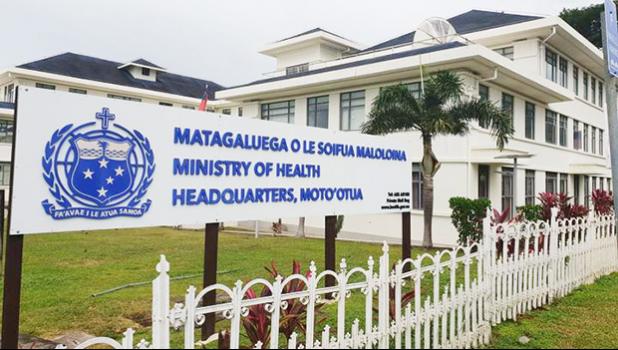 Apia, SAMOA — There have been three more measles-related deaths in Samoa, taking the toll to 42 since the outbreak began in October.

The government said there had also been 3149 measles confirmed cases of the disease, more than 200 of those in the last 24 hours.

A mass vaccination campaign is underway with dozens of New Zealand and Australian nurses in Samoa to assist.

Samoa's top health official has said the epidemic is yet to peak.

Meanwhile, New Zealand will be sending more medical staff and supplies to help Samoa tackle its measles outbreak, including another 100,000 vaccinations.

Among the medical team will be up to 15 intensive care specialists, as well as additional Samoan-speaking doctors and nurses.

New Zealand was also looking to provide psychological support for health workers in Samoa, he said.

Suva, FIJI — UNICEF is supporting the Governments of Samoa, Fiji and the Kingdom of Tonga to respond to the current measles outbreak in the Pacific region. As of 28 November, almost 300,000 vaccines and medical supplies have been delivered to reach those populations most at-risk in Samoa, Fiji, the Kingdom of Tonga, Vanuatu, Cook Islands, Nauru, Niue, Tokelau and Tuvalu.

SAMOA
The Government of Samoa officially declared a state of emergency on 15 November 2019. UNICEF has delivered a total of 115,500 doses of measles vaccines to Samoa since 1 October, including the required diluent, syringes and safety boxes, as well as sufficient supplies of Vitamin A.

The national Measles Vaccination Campaign began on 20 November 2019 with mobile outreach vaccination sites and teams, and special vaccine booths. Since the launch of the campaign, the Ministry of Health has successfully vaccinated more than 33,500 individuals in both Upolu and Savai’i.

UNICEF has delivered six 42 sqm tents, which will be used as vaccination sites or isolation wards for patients with measles. Six specially designed refrigerators and three emergency trolleys will also be provided to the Ministry of Health, to ensure the cold chain is maintained and vaccines are effective when given at vaccination sites.

FIJI
Fiji declared a measles outbreak on 7 November 2019. Since 1 October, UNICEF has delivered a total of 135,000 doses of measles vaccines with required diluent, syringes and safety boxes. An additional 200,000 vaccines are en route to Fiji.

A measles outbreak was also declared in the Kingdom of Tonga on 24 October 2019. Since 1 October, UNICEF has delivered a total of 12,000 measles vaccines including required diluent, syringes and safety boxes, to Tonga. Two refrigerators, for the vaccine cold chain, will also be provided along with an additional 6,000 doses of vaccines.

UNICEF and WHO have jointly prepared a communication toolkit and resources to be used for measles prevention, which has been shared with all Pacific Island governments, including Samoa, Fiji and the Kingdom of Tonga. The toolkit is a regional resource, which countries can use and adapt to their country’s needs. It includes a range of communication products targeting three main audiences: travellers, general public and health workers.